Paul and the Rhetoric of Reversal in 1 Corinthians

The Impact of Paul's Gospel on his Macro-Rhetoric 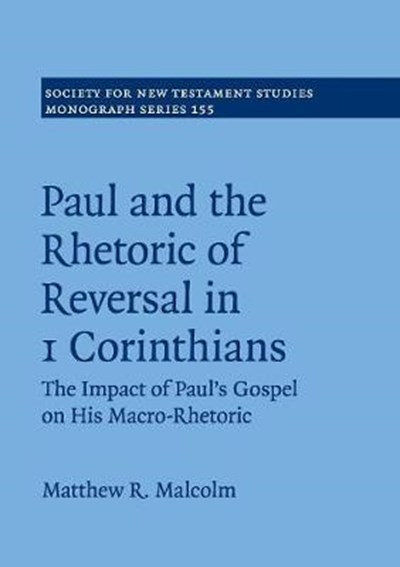 Paul and the Rhetoric of Reversal in 1 Corinthians

The Impact of Paul's Gospel on his Macro-Rhetoric

QTY
Add to Basket
Publisher: Cambridge University Press
ISBN: 9781108734035
Number of Pages: 321
Published: 13/09/2018
Width: 14.7 cm
Height: 21.2 cm
Description Author Information Reviews
The first letter to the Corinthians is one of the most discussed biblical books in New Testament scholarship today. Despite this, there has been no consensus on its arrangement and central theme, in particular why the topic of the resurrection was left until the end of the letter, and what its theological significance would have been to the Corinthian church. Matthew R. Malcolm analyses this rhetoric of 'reversal', examines the unity of the epistle, and addresses key problems behind particular chapters. He argues that while Jewish and Greco-Roman resources contribute significantly to the overall arrangement of the letter, Paul writes as one whose identity and rhetorical resources of structure and imagery have been transformed by his preaching, or kerygma, of Christ. The study will be of interest to students of New Testament studies, Pauline theology and early Christianity.

Matthew R. Malcolm is Lecturer in New Testament at Trinity Theological College, Western Australia. He is the author of The World of 1 Corinthians (2012) and co-editor, with Stanley E. Porter, of The Future of Biblical Interpretation: Responsible Plurality in Biblical Hermeneutics (2013) and Horizons in Hermeneutics: A Festschrift in Honor of Anthony C. Thiselton (2013).