Infidels and Empires in a New World Order 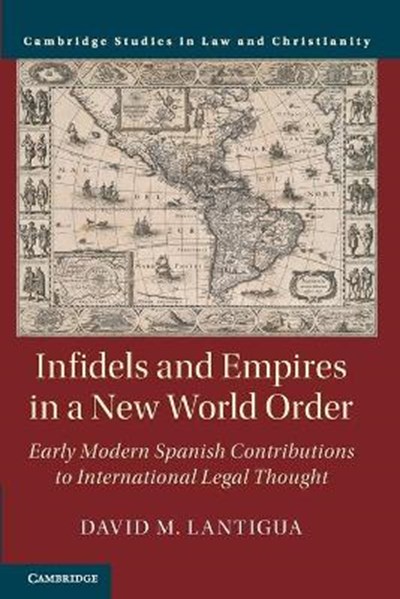 Infidels and Empires in a New World Order

QTY
Add to Basket
Publisher: Cambridge University Press
ISBN: 9781108735575
Number of Pages: 372
Published: 12/08/2021
Width: 15.2 cm
Height: 22.9 cm
Description Author Information Reviews
Before international relations in the West, there were Christian-infidel relations. Infidels and Empires in a New World Order decenters the dominant story of international relations beginning with Westphalia in 1648 by looking a century earlier to the Spanish imperial debate at Valladolid addressing the conversion of native peoples of the Americas. In addition to telling this crucial yet overlooked story from the colonial margins of Western Europe, this book examines the Anglo-Iberian Atlantic to consider how the ambivalent status of the infidel other under natural law and the law of nations culminating at Valladolid shaped subsequent international relations in explicit but mostly obscure ways. From Hernan Cortes to Samuel Purchas, and Bartolome de las Casas to New England Puritans, a host of unconventional colonial figures enter into conversation with Francisco de Vitoria, Hugo Grotius, and John Locke to reveal astonishing religious continuities and dissonances in early modern international legal thought with important implications for contemporary global society.

David M. Lantigua is Assistant Professor of Moral Theology and Christian Ethics at the University of Notre Dame, Indiana. He was previously a faculty member at The Catholic University of America and was a former graduate fellow at the Notre Dame Institute for Advanced Study. He co-authored, with Darrell Fasching and Dell deChant, Comparative Religious Ethics: A Narrative Approach to Global Ethics, 2nd edition (2011). He is also co-editor of Bartolome de las Casas and the Defense of Amerindian Rights: A Brief History with Documents (2020), part of the Atlantic Crossings series.