Broken Idols of the English Reformation 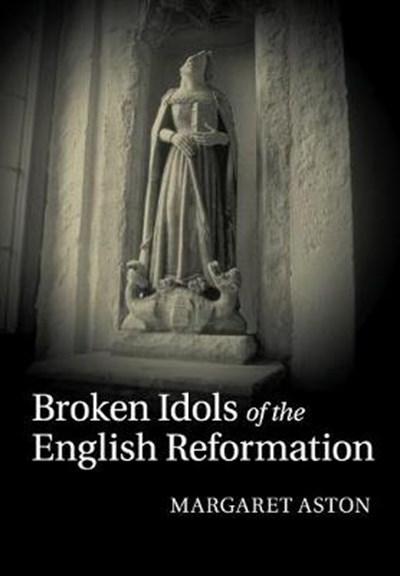 Broken Idols of the English Reformation

QTY
Add to Basket
Publisher: Cambridge University Press
ISBN: 9781108744201
Number of Pages: 1109
Published: 11/06/2020
Width: 24.5 cm
Height: 17 cm
Description Author Information Reviews
Why were so many religious images and objects broken and damaged in the course of the Reformation? Margaret Aston's magisterial new book charts the conflicting imperatives of destruction and rebuilding throughout the English Reformation from the desecration of images, rails and screens to bells, organs and stained glass windows. She explores the motivations of those who smashed images of the crucifixion in stained glass windows and who pulled down crosses and defaced symbols of the Trinity. She shows that destruction was part of a methodology of religious revolution designed to change people as well as places and to forge in the long term new generations of new believers. Beyond blanked walls and whited windows were beliefs and minds impregnated by new modes of religious learning. Idol-breaking with its emphasis on the treacheries of images fundamentally transformed not only Anglican ways of worship but also of seeing, hearing and remembering.

Margaret Aston is an independent scholar of Medieval History. She has formerly taught at Oxford, Cambridge and the Catholic University, Washington DC. Her work focusses on dissent both before and during the Reformation and iconoclasm and her publications include The Fifteenth Century, Faith and Fire, The King's Bedpost and England's Iconoclasts.