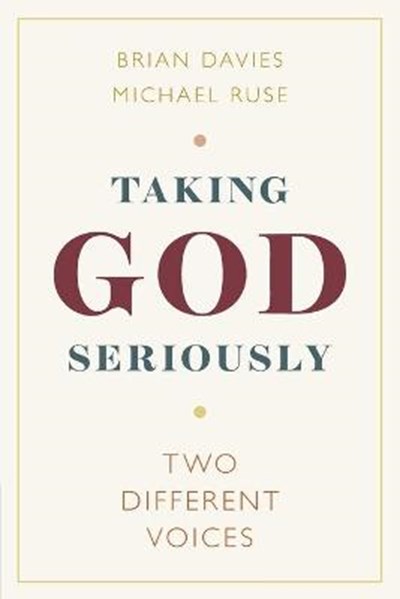 QTY
Add to Basket
Publisher: Cambridge University Press
ISBN: 9781108792196
Number of Pages: 300
Published: 18/02/2021
Width: 15.2 cm
Height: 22.9 cm
Description Author Information Reviews
Is debate on issues related to faith and reason still possible when dialogue between believers and non-believers has collapsed? Taking God Seriously not only proves that it is possible, but also demonstrates that such dialogue produces fruitful results. Here, Brian Davies, a Dominican priest and leading scholar of Thomas Aquinas, and Michael Ruse, a philosopher of science and well-known non-believer, offer an extended discussion on the nature and plausibility of belief in God and Christianity. They explore key topics in the study of religion, notably the nature of faith, the place of reason in discussions about religion, proofs for the existence of God, the problem of evil, and the problem of multiple competing religious systems, as well as the core concepts of Christian belief including the Trinity and the justification of morality. Written in a jargon-free manner, avoiding the extremes of evangelical literalism and New Atheism prejudice, Taking God Seriously does not compromise integrity or shy from discussing important or difficult issues.

Brian Davies is Distinguished Professor of Philosophy at Fordham University. He specializes in philosophy of religion and medieval philosophy and theology. His published books include, The Reality of God and the Problem of Evil, Thomas Aquinas's 'Summa Theologiae': A Guide and Commentary,Thomas Aquinas's 'Summa Contra Gentiles': A Guide and Commentary, and An Introduction to the Philosophy of Religion. Michael Ruse is Emeritus Professor of Philosophy at the University of Guelph in Ontario, Canada; and was the Lucyle T. Werkmeister Professor of Philosophy at Florida State University. He is a historian and philosopher of science specializing in Charles Darwin and the revolution associated with his name. Ruse has been a Guggenheim Fellow and a Gifford Lecturer. He has been awarded four honorary degrees, and has won several honours including a PROSE award for The Cambridge Encyclopedia of Darwin and Evolutionary Thought. He is the author or editor of over sixty books and was the founding editor of Biology and Philosophy.