Conciliarism and Heresy in Fifteenth-Century England

Collective Authority in the Age of the General Councils 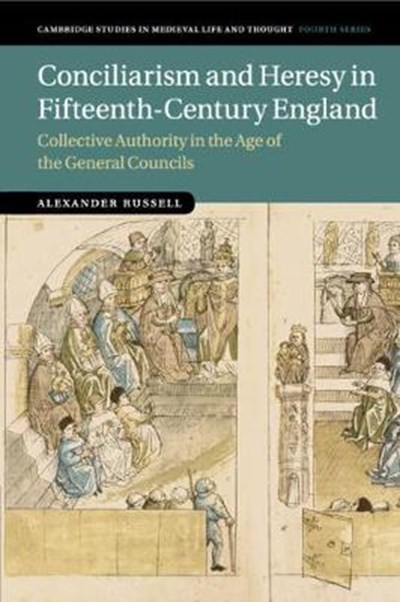 Conciliarism and Heresy in Fifteenth-Century England

Collective Authority in the Age of the General Councils

QTY
Add to Basket
Publisher: Cambridge University Press
ISBN: 9781108813877
Number of Pages: 233
Published: 26/03/2020
Width: 15.2 cm
Height: 22.9 cm
Description Author Information Reviews
The general councils of the fifteenth century constituted a remarkable political experiment, which used collective decision-making to tackle important problems facing the church. Such problems had hitherto received rigid top-down management from Rome. However, at Constance and Basle, they were debated by delegates of different ranks from across Europe and resolved through majority voting. Fusing the history of political thought with the study of institutional practices, this innovative study relates the procedural innovations of the general councils and their anti-heretical activities to wider trends in corporate politics, intellectual culture and pastoral reform. Alexander Russell argues that the acceptance of collective decision-making at the councils was predicated upon the prevalence of group participation and deliberation in small-scale corporate culture. Conciliarism and Heresy in Fifteenth-Century England offers a fundamental reassessment of England's relationship with the general councils, revealing how political thought, heresy, and collective politics were connected.

Alexander Russell gained his doctorate from the University of Oxford in 2011. In 2012-13 he was a Mellon Fellow at the Pontifical Institute of Mediaeval Studies in Toronto and he has subsequently been a Leverhulme Early Career Fellow in the Centre for the Study of the Renaissance at the University of Warwick.