Royal Illness and Kingship Ideology in the Hebrew Bible 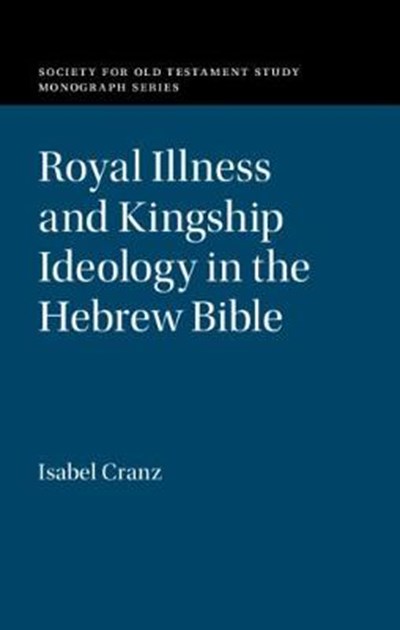 Royal Illness and Kingship Ideology in the Hebrew Bible

eBook FAQ
Add to Basket
Publisher: Cambridge University Press
ISBN: 9781108830492
Number of Pages: 275
Published: 22/10/2020
Width: 22 cm
Height: 14.5 cm
Description Author Information Reviews
In this book, Isabel Cranz offers the first systematic study of royal illness in the Books of Samuel, Kings and Chronicles. Applying a diachronic approach, she compares and contrasts how the different views concerning kingship and illness are developed in the larger trajectory of the Hebrew Bible. As such, she demonstrates how a framework of meaning is constructed around the motif of illness, which is expanded in several redactional steps. This development takes different forms and relates to issues such as problems with kingship, the cultic, and moral conduct of individual kings, or the evaluation of dynasties. Significantly, Cranz shows how the scribes living in post-monarchic Judah expanded the interpretive framework of royal illness until it included a message of destruction and a critique of kingship. The physical and mental integrity of the king, therefore, becomes closely tied to his nation and the political system he represents.

Isabel Cranz is Assistant Professor of Hebrew Bible in the Department of Near Eastern Languages and Civilizations at the University of Pennsylvania. Her area of specialization is the Hebrew Bible in relation to its ancient Near Eastern contexts. She is the author of Atonement and Purification: Priestly and Assyro-Babylonian Perspectives on Sin and its Consequences.