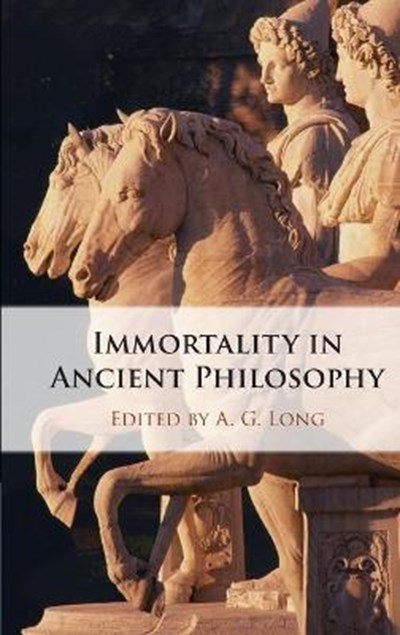 eBook FAQ
Add to Basket
Publisher: Cambridge University Press
ISBN: 9781108832281
Number of Pages: 300
Published: 03/06/2021
Width: 15 cm
Height: 23 cm
Description Author Information Reviews
Immortality was central to ancient philosophical reflections on the soul, happiness, value and divinity. Conceptions of immortality flowed into philosophical ethics and theology, and modern reconstructions of ancient thought in these areas sometimes turn on the interpretation of immortality. This volume brings together original research on immortality from early Greek philosophy, such as the Pythagoreans and Empedocles, to Augustine. The contributors consider not only arguments concerning the soul's immortality, but also the diverse and often subtle accounts of what immortality is, both in Plato and in less familiar philosophers, such as the early Stoics and Philo of Alexandria. The book will be of interest to all those interested in immortality and divinity in ancient philosophy, particularly scholars and advanced students.

A. G. Long is a Senior Lecturer in the School of Classics at the University of St Andrews. He is the author of Conversation and Self-Sufficiency in Plato (2013) and Death and Immortality in Ancient Philosophy (2019). He edited Plato and the Stoics (2013) and translated, with David Sedley, Plato's Meno and Phaedo for Cambridge Texts in the History of Philosophy (2010).