Holy Land and the Early Modern Reinvention of Catholicism 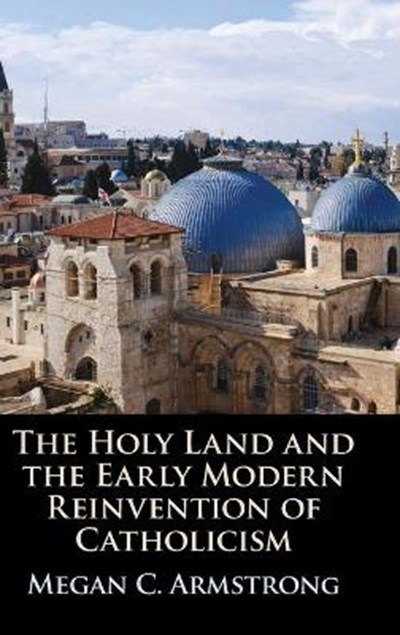 Holy Land and the Early Modern Reinvention of Catholicism

eBook FAQ
Add to Basket
Publisher: Cambridge University Press
ISBN: 9781108832472
Number of Pages: 443
Published: 20/05/2021
Width: 23 cm
Height: 15 cm
Description Author Information Reviews
A shared biblical past has long imbued the Holy Land with special authority as well as a mythic character that has made the region not only the spiritual home for Muslims, Christians, and Jews, but also a source of a living sacred history that informs contemporary realities and religious identities. This book explores the Holy Land as a critical site in which early modern Catholics sought spiritual and political legitimacy during a period of profound and disruptive change. The Ottoman conquest of the region, the division of the Western Church, Catholic reform, the integration of the Mediterranean into global trading networks, and the emergence of new imperial rivalries transformed the Custody of the Holy Land, the venerable Catholic institution that had overseen Western pilgrimage since 1342, into a site of intense intra-Christian conflict by 1517. This contestation underscored the Holy Land's importance as a frontier and center of an embattled Catholic tradition.

Megan Armstrong is Associate Professor of History at McMaster University. A scholar of Early Modern history in a global context, she is the author of The Politics of Piety: Franciscan Preachers During the Wars of Religion, 1560-1600 (2004).