Rome and the Invention of the Papacy 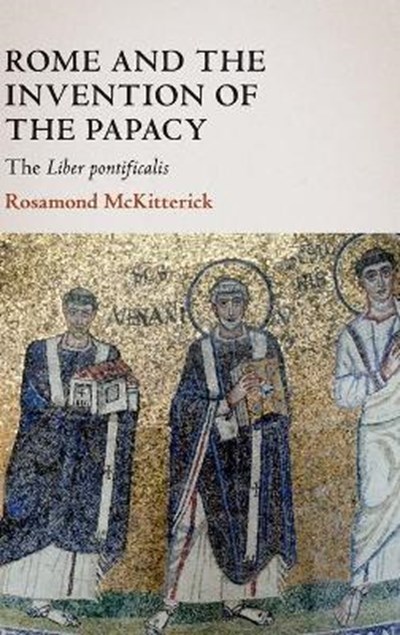 Rome and the Invention of the Papacy

eBook FAQ
Add to Basket
Publisher: Cambridge University Press
ISBN: 9781108836821
Number of Pages: 288
Published: 25/06/2020
Width: 15.9 cm
Height: 23.5 cm
Description Author Information Reviews
The remarkable, and permanently influential, papal history known as the Liber pontificalis shaped perceptions and the memory of Rome, the popes, and the many-layered past of both city and papacy within western Europe. Rosamond McKitterick offers a new analysis of this extraordinary combination of historical reconstruction, deliberate selection and political use of fiction, to illuminate the history of the early popes and their relationship with Rome. She examines the content, context, and transmission of the text, and the complex relationships between the reality, representation, and reception of authority that it reflects. The Liber pontificalis presented Rome as a holy city of Christian saints and martyrs, as the bishops of Rome established their visible power in buildings, and it articulated the popes' spiritual and ministerial role, accommodated within their Roman imperial inheritance. Drawing on wide-ranging and interdisciplinary international research, Rome and the Invention of the Papacy offers pioneering insights into the evolution of this extraordinary source, and its significance for the history of early medieval Europe.

Rosamond McKitterick is Professor Emerita of Medieval History at the University of Cambridge, a Fellow of Sidney Sussex College, and Chair of the Faculty of Archaeology, History and Letters of the British School at Rome. She was awarded the Dr A.H. Heineken International Prize in History in 2010. Her previous publications include History and Memory in the Carolingian World (2004), Perceptions of the Past in the Early Middle Ages (2006), Charlemagne: The Formation of a European Identity (2008), and two co-edited volumes on medieval Rome, Rome Across Time and Space: Cultural Transmission and the Exchange of Ideas (2011), and Old Saint Peter's, Rome (2013).