Basilica of Saint John Lateran to 1600 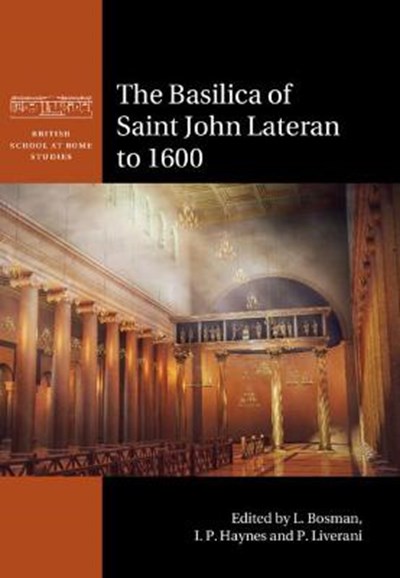 Basilica of Saint John Lateran to 1600

eBook FAQ
Add to Basket
Publisher: Cambridge University Press
ISBN: 9781108839761
Number of Pages: 608
Published: 17/09/2020
Width: 17.7 cm
Height: 25 cm
Description Author Information Reviews
The Archbasilica of St John Lateran is the world's earliest cathedral. A Constantinian foundation pre-dating St Peter's in the Vatican, it remains the seat of the Bishop of Rome, the Pope, to this day. This volume brings together scholars of topography, archaeology, architecture, art history, geophysical survey and liturgy to illuminate this profoundly important building. It takes the story of the site from the early imperial period, when it was occupied by elite housing, through its use as a barracks for the emperor's horse guards to Constantine's revolutionary project and its development over 1300 years. Richly illustrated throughout, this innovative volume includes both broad historical analysis and accessible explanations of the cutting-edge technological approaches to the site that allow us to visualise its original appearance.

Lex Bosman is Professor of Architectural History at the University of Amsterdam, with a special interest in Early Christian and Medieval Architecture. He has been a fellow of the Royal Netherlands Institute in Rome and Scholar in Residence at the Istituto Universitario Olandese di Storia dell'Arte in Florence. He is the author of many publications, including The Power of Tradition: Spolia in the Architecture of St. Peter's in the Vatican (2004). Ian Haynes is Professor of Archaeology at Newcastle University, specialising in Roman Archaeology. He has directed twelve field projects in five countries and in 2019 was awarded an ERC Advanced Grant for a five-year investigation of SE Rome. He is the author or editor of eight books including Blood of the Provinces (2013). Paolo Liverani was Curator for Classical Antiquities at the Vatican Museum and is now Professor of Ancient Topography at the University of Florence. He is the author of eight books, including The Vatican Necropoleis (2010).