The 'Epistula Apostolorum' in Literary Context 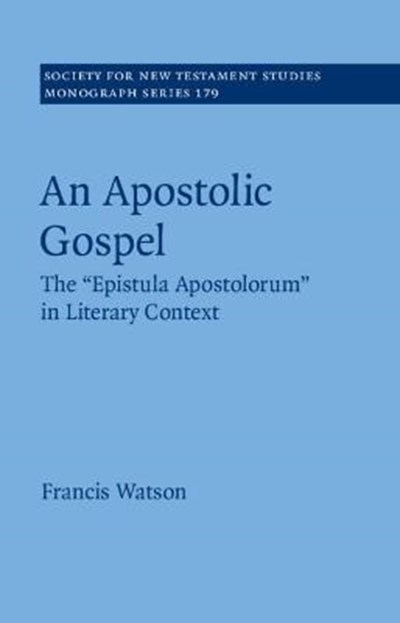 The 'Epistula Apostolorum' in Literary Context

QTY
Add to Basket
Publisher: Cambridge University Press
ISBN: 9781108840415
Number of Pages: 325
Published: 17/12/2020
Width: 22 cm
Height: 14.5 cm
Description Author Information Reviews
The so-called Epistula Apostolorum is an early gospel-like text in which the eleven apostles recount a question-and-answer session with the risen Jesus on Easter morning, intended to equip them for the worldwide mission to which they are now called. The Epistula draws selectively from the Gospels of John and Matthew, while disagreeing with its sources at a number of points and claiming definitive status for its own rendering of the apostolic gospel. This book is based on a new translation of this important but neglected text, drawing on the Coptic, Ethiopic, and Latin manuscript evidence and with variants noted in an English-language critical apparatus. Extensive additional notes are provided to clarify issues of text, translation, and exegesis. The central chapters explore major theological themes such as incarnation, resurrection, and eschatology in the light of related texts within and beyond the New Testament.

Francis Watson has held posts at Kings College London and the University of Aberdeen before moving to his present position at Durham University in 2007. His recent publications include Gospel Writing: A Canonical Perspective (2013) and a co-edited volume entitled Connecting Gospels: Beyond the Canonical/Non-canonical Divide (2018).