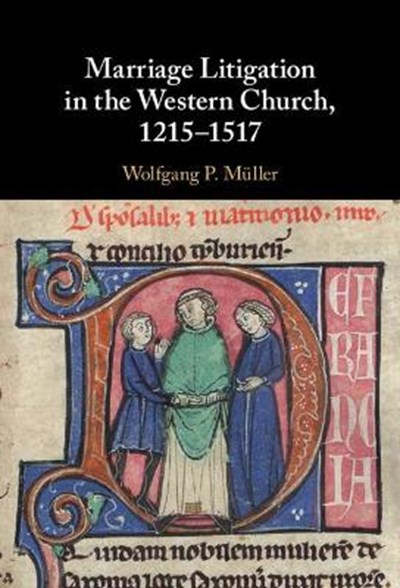 eBook FAQ
Add to Basket
Publisher: Cambridge University Press
ISBN: 9781108845427
Number of Pages: 300
Published: 16/09/2021
Width: 15.2 cm
Height: 22.9 cm
Description Author Information Reviews
From the establishment of a coherent doctrine on sacramental marriage to the eve of the Reformation, late medieval church courts were used for marriage cases in a variety of ways. Ranging widely across Western Europe, including the Upper and Lower Rhine regions, England, Italy, Catalonia, and Castile, this study explores the stark discrepancies in practice between the North of Europe and the South. Wolfgang P. Muller draws attention to the existence of public penitential proceedings in the North and their absence in the South, and explains the difference in demand, as well as highlighting variations in how individuals obtained written documentation of their marital status. Integrating legal and theological perspectives on marriage with late medieval social history, Muller addresses critical questions around the relationship between the church and medieval marriage, and what this reveals about both institutions.

Wolfgang P. Muller is Professor of History at Fordham University where he specializes in the church and other norms of the European Middle Ages. His publications include Huguccio: The Life, Works, and Thought of a Twelfth-Century Jurist (1994) and The Criminalization of Abortion in the West (2012).