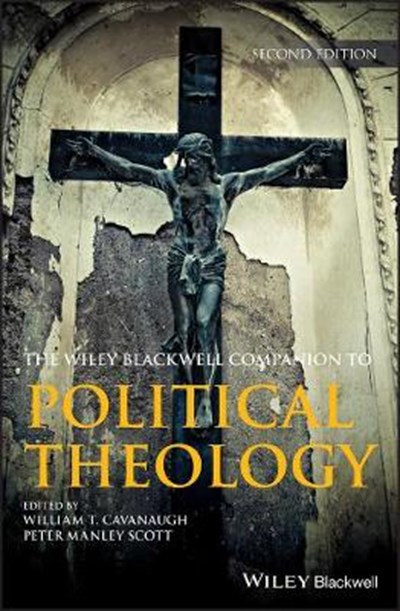 QTY
Add to Basket
Publisher: John Wiley and Sons Ltd
ISBN: 9781119133711
Published: 01/03/2019
Description Author Information Reviews
Offers a comprehensive survey and interpretation of contemporary Christian political theology in a newly revised and expanded edition This book presents the latest thinking on the topic of contemporary Christian political theology, with original and constructive essays that represent a range of opinions on various topics. With contributions from expert scholars in the field, it reflects a broad range of methodologies, ecclesial traditions, and geographic and social locations, and provides a sense of the diversity of political theologies. It also addresses the primary resources of the Christian tradition, which theologians draw on when constructing political theologies, and surveys some of the most important figures and movements in political theology. This revised and expanded edition provides the most comprehensive and accessible introduction to this lively and growing area of Christian theology. Organized into five sections, Wiley Blackwell Companion to Political Theology, Second Edition addresses the many changes that have occurred over the last 15 years within the field of political theology. It features new essays that address social developments and movements, such as Anglican Social Thought, John Milbank, Anabaptist Political Theologies, African Political Theologies, Postcolonialism, Political Economy, Technology and Virtuality, and Grass-roots Movements. The book also includes a new essay on the reception of Liberation Theology. Offers essays on topics such as the Trinity, atonement, and eschatology Features contributions from leading voices in the field of political theology Includes all-new entries covering fresh developments and movements like the urgency of climate change, virtuality and the digital age, the economic crisis of 2008, the discourse of religion and violence, and new modalities of war Addresses some important social movements from a theological point of view including postmodernism, grass-roots movements, and more Provides both Islamic and Jewish responses to political theology Written for academics and students of political theology, Wiley Blackwell Companion to Political Theology, 2nd Edition is an enlightening read that offers a wide range of authoritative essays from some of the most notable scholars in the field.

WILLIAM T. CAVANAUGH is Professor of Catholic Studies and Director of the Center for World Catholicism and Intercultural Theology at DePaul University in Chicago. He holds degrees from Notre Dame, Cambridge, and Duke. He is co-editor of the journal Modern Theology, the author of seven books, and editor of four more. His books include Torture and Eucharist (Blackwell, 1998), The Myth of Religious Violence (OUP 2009), and Field Hospital (Eerdmans, 2016). He has lectured on six continents, and his work has been published in 15 languages. PETER MANLEY SCOTT is Samuel Ferguson Professor of Applied Theology and the Director of the Lincoln Theological Institute at the University of Manchester. He is the author of Theology, Ideology and Liberation (Cambridge University Press, 1994), A Political Theology of Nature (Cambridge University Press, 2003), Anti-human Theology: Nature, Technology and the Postnatural (SCM Press, 2010), and A Theology of Postnatural Right (LIT, 2018). He is a member of the Center of Theological Inquiry (Princeton, USA), and part of its enquiry in Astrobiology, and Chair of the European Forum for the Study of Religion and the Environment.