Acts of the Apostles Through the Centuries 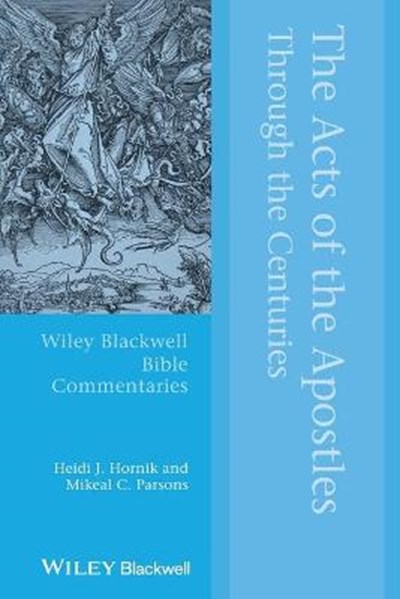 Acts of the Apostles Through the Centuries

QTY
Add to Basket
Publisher: John Wiley and Sons Ltd
ISBN: 9781119304067
Published: 16/04/2020
Description Author Information Reviews
Charting the theological and cultural potency of Acts across the timespan of Christian history, this work of profound scholarship reveals the full extent of the New Testament book s religious, artistic, literary, and political influence. * Reveals the influence of Acts at key turning points in the history of the Christian church * Traces the rich and varied artistic and cultural heritage rooted in Acts, from music to literature * Analyzes the political significance of the book as a touchstone in the church s external relations * Provides detailed commentary on the exegesis of Acts down the centuries

Heidi J. Hornik is Professor of Italian Renaissance and Baroque Art History at Baylor University, USA. She is a highly respected art historian and scholar in the field of reception history, and the author of Michele Tosini and the Ghirlandaio Workshop in Cinquecento Florence (2009). Professor Hornik co-authored the three-volume series Illuminating Luke (2003, 2005, 2007) with her collaborator on this publication, Mikeal Parsons, with whom she also co-edited Interpreting Christian Art (2004). Mikeal C. Parsons is Professor and Macon Chair in Religion at Baylor University, USA, where he has taught since 1986. His extensive publications on textual as well as interpretive topics in biblical studies include Body and Character in Luke and Acts: The Subversion of Physiognomy in Early Christianity (2011), and Luke: Storyteller, Evangelist, Interpreter (2007). Professor Parsons has collaborated with Professor Hornik on two previous publications, both as co-author on the three-volume series Illuminating Luke (2003, 2005, 2007), and as co-editor of Interpreting Christian Art (2004).