World's Christians - Who They Are, Where They Are, and How They Got There, 2nd Edition 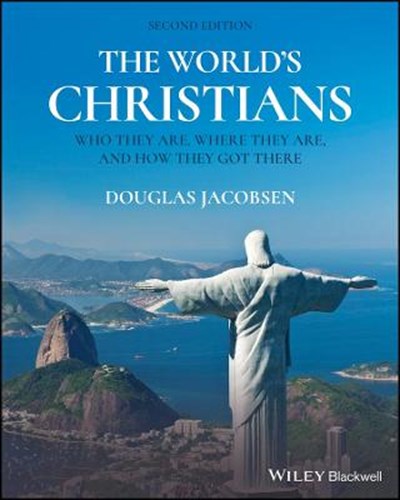 World's Christians - Who They Are, Where They Are, and How They Got There, 2nd Edition

eBook FAQ
Add to Basket
Publisher: John Wiley and Sons Ltd
ISBN: 9781119626107
Number of Pages: 416
Published: 29/04/2021
Width: 20.5 cm
Height: 25.4 cm
Description Author Information Reviews
This accessible textbook describes Christianity, the world's largest religion, in all of its historical and contemporary diversity. No other publication includes so much information or presents it so clearly and winsomely. This volume employs a "religious studies" approach that is neutral in tone yet accommodates the lived experiences of Christians in different traditions and from all regions of the globe. The World's Christians is a perfect textbook for either public university classrooms or liberal arts campuses. Divided into three parts, the text first describes the world's four largest Christian traditions (Eastern Orthodox, Roman Catholic, Protestant, and Pentecostal) which together account for roughly 98 percent of all Christians worldwide. A second section focuses on Christian history, explaining the movement's developing ideas and practices and examining Christianity's engagement with people and cultures around the world. The third and longest portion of the text details the distinctive experiences, contemporary challenges, and demographics of Christians in nine geographic regions, including the Middle East, Sub-Saharan Africa, Latin America, Eastern and Western Europe, South Asia, North America, East Asia, and Oceania. The second edition of this popular text has been thoroughly rewritten to take recent developments into account, and each chapter now includes two primary source readings, highlighting the diversity of voices that exist within the world Christian movement. Like the first edition, the revised text is enhanced with easily understandable maps, charts, tables and illustrative photographs. In summary, this new and improved second edition of The World's Christians is: written in a clear style that readers will find engaging enriched by the addition of thought-provoking primary source readings thoroughly revised to bring the story of Christianity up to the 2020s more geographically comprehensive than any competing text more theologically/ecclesiastically comprehensive than any competing text amply illustrated with maps, charts, tables, and photographs perfect for use in the classroom or for general readers who want to understand the full diversity of Christianity as it currently exists around the world

DOUGLAS JACOBSEN (Ph.D., UNIVERSITY OF CHICAGO) is Co-Director of the Religion in the Academy Project and Distinguished Professor of Church History and Theology at Messiah University (Pennsylvania, USA). He is the award-winning author of a dozen books on a wide range of topics related to religion.