Lamentations Through the Centuries 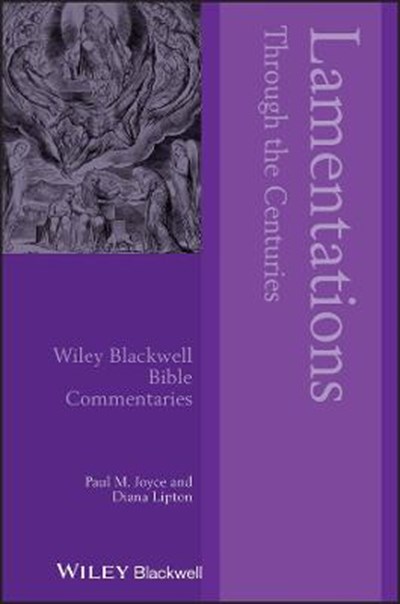 Lamentations Through the Centuries

eBook FAQ
Add to Basket
Publisher: John Wiley and Sons Ltd
ISBN: 9781119673873
Number of Pages: 232
Published: 14/05/2020
Width: 16.2 cm
Height: 23.6 cm
Description Author Information Reviews
"I thoroughly enjoyed this book. It is informative, thought-provoking, and despite being a commentary holds the reader's attention. It made me appreciate Lamentations in a new way. To be recommended." The Swedish Exegetical Yearbook 2014, 1 October 2014 One of the shortest books in the Bible, Lamentations exercises a disproportionately powerful cultural influence. As an unflinching account of the devastation wreaked by war, it has been called upon again and again by Jews, Christians, and others in their responses to catastrophes as varied as the destruction of the Jerusalem temple, the Great Fire of London, the Holocaust and 9/11. Covering two-and-a-half millennia of liturgy and literature, theology and psychology, art, music and film, this volume explores the astonishing variety of cultural and religious responses to Lamentations, taking in the New Testament and the Dead Sea Scrolls, Yehudah Halevy, John Calvin, and Thomas Tallis, as well as the startling interpretations of Marc Chagall, Cynthia Ozick, Alice Miller, and Zimbabwean junk sculpture. Viewed through this kaleidoscope of sources, the ancient biblical text acquires a vital and resonant new life. Lamentations Through the Centuries is published within the Wiley Blackwell Bible Commentaries series. Further information about this innovative reception history series is available at www.bbibcomm.info.

Paul M. Joyce holds the Samuel Davidson Chair in Old Testament/Hebrew Bible at King's College London. He was formerly University Lecturer in the Old Testament at Oxford University and a Fellow of St Peter's College. He is the author of Divine Initiative and Human Response in Ezekiel (1989) and Ezekiel: A Commentary (2007); and is co-editor of Crossing the Boundaries: Essays in Biblical Interpretation in Honour of Michael D. Goulder (with Stanley E. Porter and David E. Orton, 1994); After Ezekiel: Essays on the Reception of a Difficult Prophet (with Andrew Mein, 2011); Biblical Interpretation and Method: Essays in Honour of Professor John Barton (with Katharine Dell, 2013); and The God Ezekiel Creates (with Dalit Rom-Shiloni, 2015). Diana Lipton teaches at Tel Aviv University, Israel, and The Hebrew University of Jerusalem's Rothberg International School. She has been a Fellow of Newnham College, Cambridge, as well as Reader in Hebrew Bible and Jewish Studies at King's College London. She is the author of Revisions of the Night: Politics and Promises in the Patriarchal Dreams of Genesis (1999) and Longing for Egypt and Other Unexpected Biblical Tales (2008), and is co-editor of Feminism and Theology (with Janet Martin Soskice, 2003) and Studies on the Text and Versions of the Hebrew Bible in Honour of Robert Gordon (with Geoffrey Kahn, 2011).