Understanding the Bible as a Scripture in History, Culture, and Religion 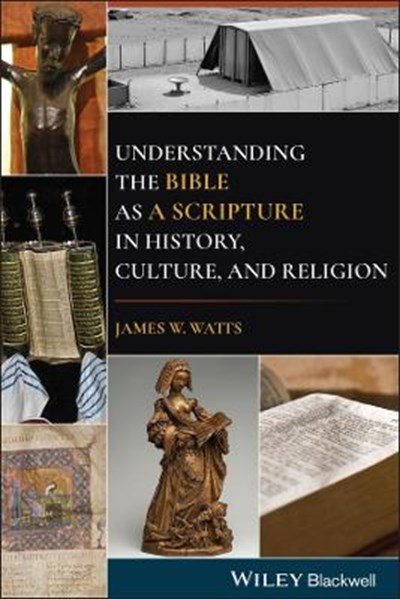 Understanding the Bible as a Scripture in History, Culture, and Religion

eBook FAQ
Add to Basket
Publisher: John Wiley and Sons Ltd
ISBN: 9781119730378
Number of Pages: 384
Published: 13/05/2021
Width: 15.5 cm
Height: 22.8 cm
Description Author Information Reviews
UNDERSTANDING THE BIBLE AS A SCRIPTURE IN HISTORY, CULTURE, AND RELIGION The Bible is a popular subject of study and research, yet biblical studies gives little attention to the reason for its popularity: its religious role as a scripture. Understanding the Bible as a Scripture in History, Culture, and Religion integrates the history of the religious interpretation and ritual uses of biblical books into a survey of their rhetoric, composition, and theology in their ancient contexts. Emphasizing insights from comparative studies of different religious scriptures, it combines discussion of the Bible's origins with its cultural history into a coherent understanding of its past and present function as a scripture. A prominent expert on biblical rhetoric and the ritualization of books, James W. Watts describes how Jews and Christians ritualize the Bible by interpreting it, by expressing it in recitations, music, art, and film, and by venerating the physical scroll and book. The first two sections of the book are organized around the Torah and the Gospels-which have been the focus of Jewish and Christian ritualization of scriptures from ancient to modern times-and treat the history of other biblical books in relation to these two central blocks of the Hebrew Bible and New Testament. In addition to analyzing the semantic contents of all the Bible's books as persuasive rhetoric, Watts describes their ritualization in the iconic and expressive dimensions in the centuries since they began to function as a scripture, as well as in their origins in ancient Judaism and Christianity. The third section on the cultural history and scriptural function of modern bibles concludes by discussing their influence today and the controversies they have fueled about history, science, race, and gender. Innovative and insightful, Understanding the Bible as a Scripture in History, Culture, and Religion is a groundbreaking introduction to the study of the Bible as a scripture, and an ideal textbook for courses in biblical studies and comparative scripture studies.

JAMES W. WATTS is Professor in the Department of Religion at Syracuse University. He is the author of How and Why Books Matter (2019), Understanding the Pentateuch as a Scripture (Wiley Blackwell, 2017), Leviticus 1-10 (2013), and Ritual and Rhetoric in Leviticus: From Sacrifice to Scripture (2007). He is a co-founder of SCRIPT, The Society for Comparative Research on Iconic and Performative Texts.