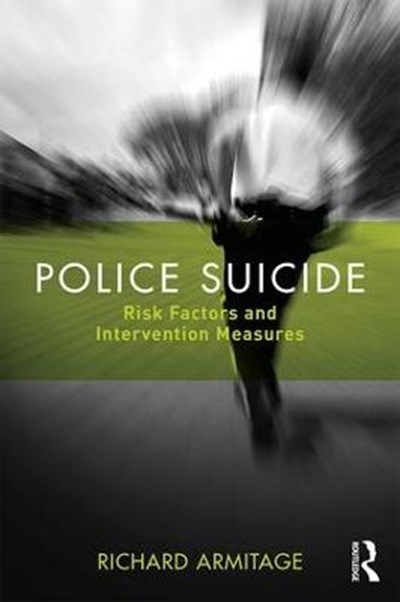 QTY
Add to Basket
Publisher: Taylor & Francis Ltd
ISBN: 9781138050822
Number of Pages: 238
Published: 14/06/2017
Width: 15.6 cm
Height: 23.4 cm
Description Author Information Reviews
This text makes a primary and informed contribution to a subject that is under-researched in the UK - the suicide of those who work in the UK police service - by offering an analysis of UK case studies of officers and staff who have either completed suicide or experienced suicide ideation, and referring to the likely prime suicide precipitators in these situations. This analysis is followed by an examination of literature that discusses general and police-specific suicide. The text then examines intervention measures and support mechanisms that are currently offered to those working in the police service, as well as other measures that might be introduced in the future. Designed for criminal justice professionals and affected laypeople, including the families of those in the police service, Police Suicide is a crucial text for any who have an interest in the holistic and psychological welfare of police officers and staff.

Richard Armitage, PhD, attended King's College London from 1969 to 1972, after which he was awarded the academic qualification Associate of King's College. In 1974 he was ordained priest in the Church of England. He served as a voluntary police chaplain with West Mercia Police for many years, and was Senior Chaplain to Wiltshire Police (UK) from 2005 until 2016. He gained a PhD from Birmingham University in 2007 and has been awarded a research grant by the Home Office Police Research Group Award Scheme. His works include Police Chaplaincy: Servant to the Service and the published thesis Issues of Religious Diversity Affecting Ethnic Minority Personnel in the Workplace. Armitage has been invited to speak at various conferences and to advise on the development of chaplaincy to the police at national, regional and local levels.