Morality and the Environmental Crisis 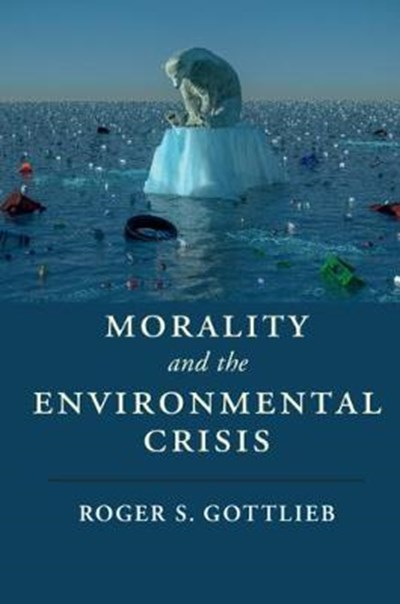 Morality and the Environmental Crisis

QTY
Add to Basket
Publisher: Cambridge University Press
ISBN: 9781316506127
Number of Pages: 248
Published: 21/02/2019
Width: 15.2 cm
Height: 22.7 cm
Description Author Information Reviews
The environmental crisis creates an unprecedented moral predicament: how to be a good person when our collective and individual actions contribute to immeasurable devastation and suffering. Drawing on an extraordinary range of sources from philosophy, political theory, global religion, ecology, and contemporary spirituality, Roger S. Gottlieb explores the ethical ambiguities, challenges, and opportunities we face. Engagingly written, intellectually rigorous, and forcefully argued, this volume investigates the moral value of nature; the possibility of an 'ecological' democracy; how we treat animals; the demands and limits of individual responsibility and collective political change; contemporary ambiguities of rationality; and how to face environmental despair. In Morality and the Environmental Crisis, Gottlieb combines compassion for the difficulties of contemporary moral life with an unflinching ethical commitment to awareness and action.

Roger S. Gottlieb is Professor of Philosophy at Worcester Polytechnic Institute, Massachusetts, and the Nautilus Book Award winning author or editor of twenty books of ethics, political theory, religious studies, and contemporary spirituality. He is internationally known as a leading analyst of religious environmentalism and for his original accounts of spirituality in an age of environmental crisis and the role of religion in a democratic society.