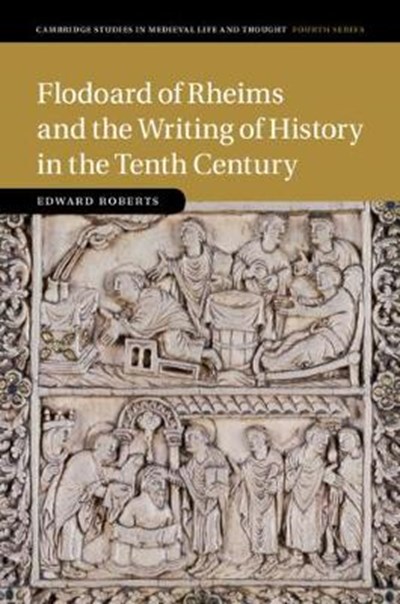 eBook FAQ
Add to Basket
Publisher: Cambridge University Press
ISBN: 9781316510391
Number of Pages: 280
Published: 05/09/2019
Width: 16 cm
Height: 23.5 cm
Description Author Information Reviews
Flodoard of Rheims (893/4-966) is one of the tenth century's most intriguing but neglected historians. His works are essential sources for the emergence of the West Frankish and Ottonian kingdoms in the tumultuous decades following the collapse of the Carolingian empire in 888. Yet although Flodoard is a crucial narrative voice from this period, his works have seldom been considered in the context of the evolving circumstances of his turbulent career or his literary aims. This important new study is the first to analyse and synthesise Flodoard's entire output, suggesting that his writings about Rheims, contemporary politics and the Christian past have until now been taken at face value without regard for his own intentions or priorities, and therefore have been misunderstood. Edward Roberts' re-evaluation of the relationship between political participation, historical understanding and authorial individuality casts important new light on the political and cultural history of tenth-century Europe.

Edward Roberts is Lecturer in Early Medieval History at the University of Kent, Canterbury where his research focuses on the political and cultural history of the Carolingian empire and its successor states. He has previously held positions as a postdoctoral researcher at King's College London and the Universidad del Pais Vasco, and as a Leverhulme Trust Early Career Fellow at the University of Liverpool. He is the author of articles in Early Medieval Europe, the Journal of Medieval History, Cahiers de Civilisation Medievale and Historical Research. His first article was awarded the Early Medieval Europe Essay Prize in 2015.