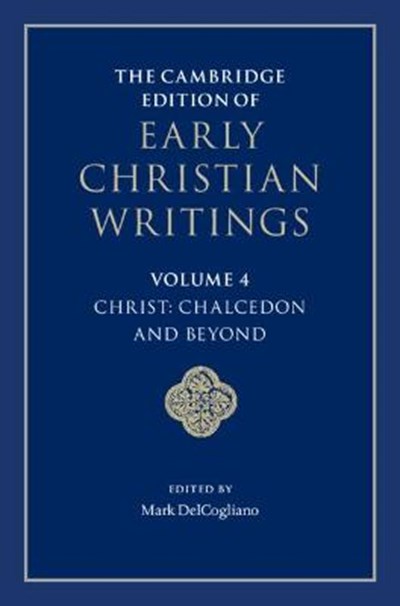 eBook FAQ
Add to Basket
Publisher: Cambridge University Press
ISBN: 9781316511145
Number of Pages: 706
Published: 10/02/2022
Width: 15.9 cm
Height: 23.5 cm
Description Author Information Reviews
The Cambridge Edition of Early Christian Writings provides the definitive anthology of early Christian texts from ca. 100 CE to ca. 650 CE. Its volumes reflect the cultural, intellectual, and linguistic diversity of early Christianity, and are organized thematically on the topics of God, Practice, Christ, Community, Reading, and Creation. The series expands the pool of source material to include not only Greek and Latin writings, but also Syriac and Coptic texts. Additionally, the series rejects a theologically normative view by juxtaposing texts that were important in antiquity but later deemed 'heretical' with orthodox texts. The translations are accompanied by introductions, notes, suggestions for further reading, and scriptural indices. The fourth volume focuses on early Christian reflection on Christ as God incarnate from ca. 450 CE to the eighth century. It will be an invaluable resource for students and academic researchers in early Christian studies, history of Christianity, theology and religious studies, and late antique Roman history.

Mark DelCogliano is Associate Professor of Theology at the University of St. Thomas, Minnesota. He is the author of Basil of Caesarea's Anti-Eunomian Theory of Names (2010), and has published numerous journal articles as well as translations of Basil of Caesarea, Athanasius of Alexandria, Didymus the Blind, Gregory of Nyssa, and Gregory the Great.