The History of the British Prime Minister 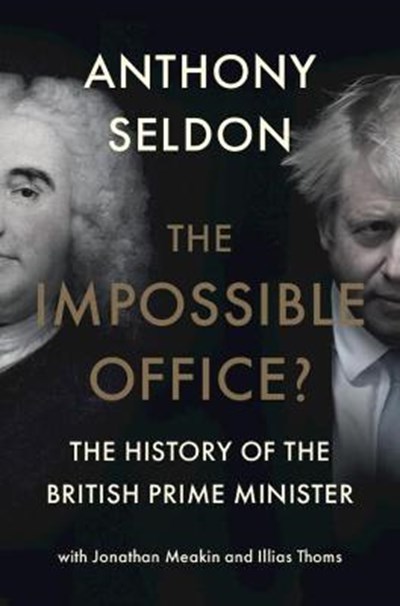 The History of the British Prime Minister

QTY
Add to Basket
Publisher: Cambridge University Press
ISBN: 9781316515327
Number of Pages: 430
Published: 01/04/2021
Width: 16 cm
Height: 23.5 cm
Description Author Information Reviews
Marking the third centenary of the office of Prime Minister, this book tells its extraordinary story, explaining how and why it has endured longer than any other democratic political office in world history. Sir Anthony Seldon, historian of Number 10 Downing Street, explores the lives and careers, loves and scandals, successes and failures, of all our great Prime Ministers. From Robert Walpole and William Pitt the Younger, to Clement Attlee and Margaret Thatcher, Seldon discusses which of our Prime Ministers have been most effective and why. He reveals the changing relationship between the Monarchy and the office of the Prime Minister in intimate detail, describing how the increasing power of the Prime Minister in becoming leader of Britain coincided with the steadily falling influence of the Monarchy. This book celebrates the humanity and frailty, work and achievement, of these 55 remarkable individuals, who averted revolution and civil war, leading the country through times of peace, crisis and war.

Sir Anthony Seldon is the acknowledged national authority on all matters to do with Number 10 and Prime Ministers. His first book on a Prime Minister, Churchill's Indian Summer (1981) was published forty years ago, and since then he has written or edited many books, including the definitive insider accounts of the last five Prime Ministers. He is the honorary historian at Number 10 Downing Street, chair of the National Archive Trust, and has interviewed virtually all those who have worked in Number 10 in the last 50 years. Jonathan Meakin was educated at Royal Holloway, University of London and at the University of St Andrews. He has had a lifelong interest in history. He has worked on many publications with Anthony Seldon, including Cameron at 10 and The Cabinet Office, 1916-2016. Illias Thoms has worked with Anthony Seldon for over ten years and this is their fourth book together, including Cameron at 10 and Brown at 10. He graduated from Balliol College, Oxford with a degree in history and politics in 2014 and works as an assistant director in the UK film and television industries.