Crown, Mitre and People in the Nineteenth Century

The Church of England, Establishment and the State 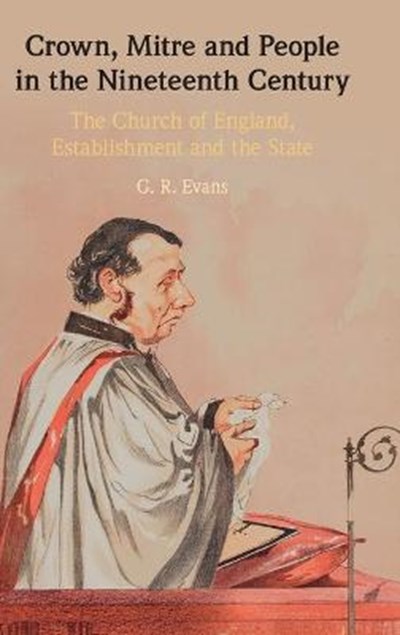 Crown, Mitre and People in the Nineteenth Century

The Church of England, Establishment and the State

eBook FAQ
Add to Basket
Publisher: Cambridge University Press
ISBN: 9781316515976
Number of Pages: 350
Published: 23/09/2021
Description Author Information Reviews
Throughout the nineteenth century the relationship between the State and the Established Church of England engaged Parliament, the Church, the courts and - to an increasing degree - the people. During this period, the spectre of Disestablishment periodically loomed over these debates, in the cause - as Trollope put it - of 'the renewal of inquiry as to the connection which exists between the Crown and the Mitre'. As our own twenty-first century gathers pace, Disestablishment has still not materialised: though a very different kind of dynamic between Church and State has anyway come into being in England. Professor Evans here tells the stories of the controversies which have made such change possible - including the revival of Convocation, the Church's own parliament - as well as the many memorable characters involved. The author's lively narrative includes much valuable material about key areas of ecclesiastical law that is of relevance to the future Church of England.

G. R. Evans is Professor Emeritus of Medieval Theology and Intellectual History in the University of Cambridge, is a graduate of the University of Oxford and holds higher degrees from both Oxford and Cambridge. She has written many well-received books in the fields of medieval and ecumenical theology, intellectual and ecclesiastical history and public policy in higher education.