Purity and Pollution in the Hebrew Bible

From Embodied Experience to Moral Metaphor 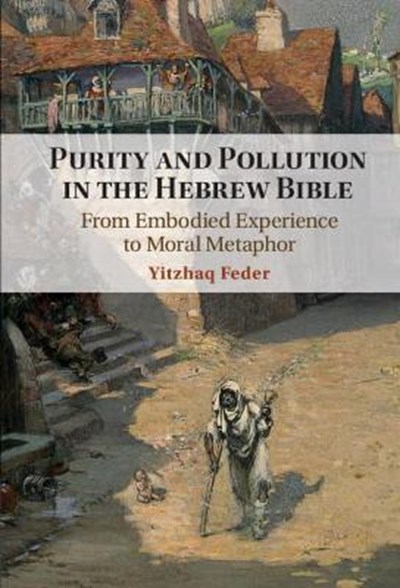 Purity and Pollution in the Hebrew Bible

From Embodied Experience to Moral Metaphor

eBook FAQ
Add to Basket
Publisher: Cambridge University Press
ISBN: 9781316517574
Number of Pages: 350
Published: 18/11/2021
Description Author Information Reviews
In this book, Yitzhaq Feder presents a novel and compelling account of pollution in ancient Israel, from its emergence as an embodied concept, rooted in physiological experience, to its expression as a pervasive metaphor in social-moral discourse. Feder aims to bring the biblical and ancient Near Eastern evidence into a sustained conversation with anthropological and psychological research through comparison with notions of contagion in other ancient and modern cultural contexts. Showing how numerous interpretive difficulties are the result of imposing modern concepts on the ancient texts, he guides readers through wide-ranging parallels to biblical attitudes in ancient Near Eastern, ethnographic, and modern cultures. Feder demonstrates how contemporary evolutionary and psychological research can be applied to ancient textual evidence. He also suggests a path of synthesis that can move beyond the polarized positions which currently characterize modern academic and popular debates bearing on the roles of biology and culture in shaping human behavior.

Yitzhaq Feder is a lecturer at the University of Haifa. His research integrates textual study with advances in psychological and anthropological research. He has received numerous prizes, including the 2012 SBL David Noel Freedman Award for Excellence and Innovation in Biblical Studies. His most recent research focuses on biblical and ancient Near Eastern notions of taboo and their implications for understanding the emergence and historical development of morality.