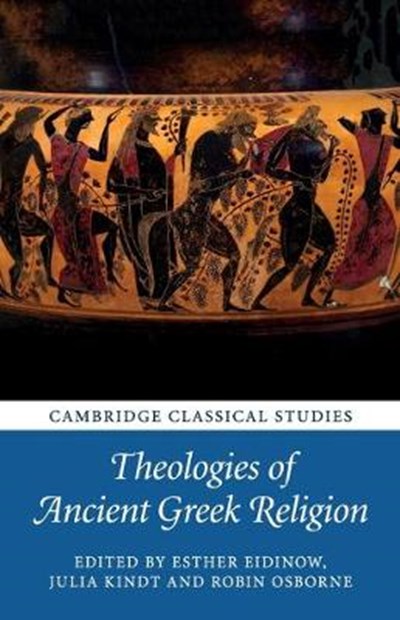 QTY
Add to Basket
Publisher: Cambridge University Press
ISBN: 9781316607503
Number of Pages: 441
Published: 16/01/2020
Width: 14 cm
Height: 21.5 cm
Description Author Information Reviews
Studied for many years by scholars with Christianising assumptions, Greek religion has often been said to be quite unlike Christianity: a matter of particular actions (orthopraxy), rather than particular beliefs (orthodoxies). This volume dares to think that, both in and through religious practices and in and through religious thought and literature, the ancient Greeks engaged in a sustained conversation about the nature of the gods and how to represent and worship them. It excavates the attitudes towards the gods implicit in cult practice and analyses the beliefs about the gods embedded in such diverse texts and contexts as comedy, tragedy, rhetoric, philosophy, ancient Greek blood sacrifice, myth and other forms of storytelling. The result is a richer picture of the supernatural in ancient Greece, and a whole series of fresh questions about how views of and relations to the gods changed over time.

Esther Eidinow is Associate Professor of Ancient Greek History at the University of Nottingham. She has a particular interest in ancient Greek religion and magic. Her publications include Oracles, Curses, and Risk Among the Ancient Greeks (2007, revised edition 2013), Luck, Fate and Fortune: Antiquity and its Legacy (2011) and Envy, Poison and Death: Women on Trial in Ancient Athens (2015). She has co-edited (with Julia Kindt) The Oxford Handbook of Ancient Greek Religion (2015). Julia Kindt is Associate Professor and Chair of the Department of Classics and Ancient History at the University of Sydney. Her publications include Rethinking Greek Religion (Cambridge, 2012) and Revisiting Delphi: Religion and Storytelling in Ancient Greece (Cambridge, 2016). She has also co-edited (with Esther Eidinow) The Oxford Handbook of Ancient Greek Religion (2015). She is a member of the editorial board of the Journal of Ancient History and a senior editor of the Oxford Research Encyclopaedia of Religion. Robin Osborne is Professor of Ancient History at the University of Cambridge and a Fellow of King's College, Cambridge, and of the British Academy. His work ranges widely over Greek history, archaeology and art history. His most recent books are Athens and Athenian Democracy (Cambridge, 2010), The History Written on the Classical Greek Body (Cambridge, 2011) and Greek History: The Basics (2014).