Christianity in the Second Century 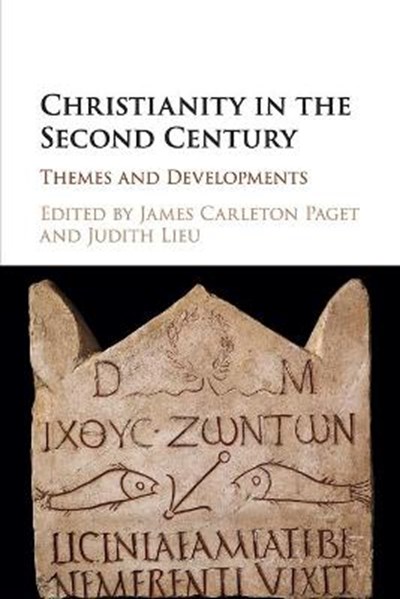 Christianity in the Second Century

QTY
Add to Basket
Publisher: Cambridge University Press
ISBN: 9781316616949
Number of Pages: 366
Published: 01/11/2018
Width: 15.3 cm
Height: 23 cm
Description Author Information Reviews
Christianity in the Second Century shows how academic study on this critical period of Christian development has undergone substantial change over the last thirty years. The second century is often considered to be a time during which the Christian church moved relentlessly towards forms of institutionalisation and consolidated itself against so-called heretics. However, new perspectives have been brought within recent scholarship as the period has attracted interest from a variety of disciplines, including not only early Christian studies but also ancient Judaism and the wider world of the early imperial scholarship. This book seeks to reflect this changed scholarly landscape, and with contributions from key figures in these recent re-evaluations, it aims to enrich and stimulate further discussion.

James Carleton Paget is the author of a number of books and many articles relating to the second century, in particular the relationship of Jews and Christians. He has also written extensively on inter-testamental Judaism and early biblical interpretation. He was a co-editor of the Journal of Ecclesiastical History, and recently co-edited volume 1 of The New Cambridge History of the Bible (with Joachim Schaper, 2013). He is a lecturer at the University of Cambridge, and a Fellow and Tutor of Peterhouse, Cambridge. Judith Lieu has written extensively on the Johanine literature and on early Christianity in the second century in its Jewish and Greco-Roman contexts. Her recent publications in these areas have concentrated on the 'Parting of the Ways', models of the emergence of a Christian identity, and Marcion and the origins of the idea of heresy. She is on the editorial boards of a number of journals and book series. Lieu is a Fellow of the British Academy and in 2015-16 was President of the Society of New Testament Studies. She is Lady Margaret's Professor of Divinity and a Fellow of Robinson College, Cambridge.