Greek Religion and Cults in the Black Sea Region 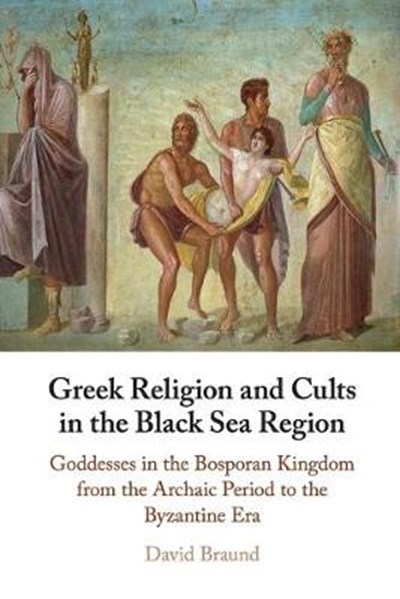 Greek Religion and Cults in the Black Sea Region

QTY
Add to Basket
Publisher: Cambridge University Press
ISBN: 9781316633595
Number of Pages: 330
Published: 22/08/2019
Width: 23 cm
Height: 15 cm
Description Author Information Reviews
This is the first integrated study of Greek religion and cults of the Black Sea region, centred upon the Bosporan Kingdom of its northern shores, but with connections and consequences for Greece and much of the Mediterranean world. David Braund explains the cohesive function of key goddesses (Aphrodite Ourania, Artemis Ephesia, Taurian Parthenos, Isis) as it develops from archaic colonization through Athenian imperialism, the Hellenistic world and the Roman Empire in the East down to the Byzantine era. There is a wealth of new and unfamiliar data on all these deities, with multiple consequences for other areas and cults, such as Diana at Aricia, Orthia in Sparta, Argos' irrigation from Egypt, Athens' Aphrodite Ourania and Artemis Tauropolos and more. Greek religion is shown as key to the internal workings of the Bosporan Kingdom, its sense of its landscape and origins and its shifting relationships with the rest of its world.

David Braund is Emeritus Professor of Black Sea and Mediterranean History at the University of Exeter. He has spent many decades travelling round and researching the Black Sea region, and his publications include Georgia in antiquity (1994), Scythians and Greeks: Cultural Interactions at the Periphery of the Greek World (edited; 2005), Classical Olbia and the Scythian world (co-edited; 2007) and more than one hundred papers.