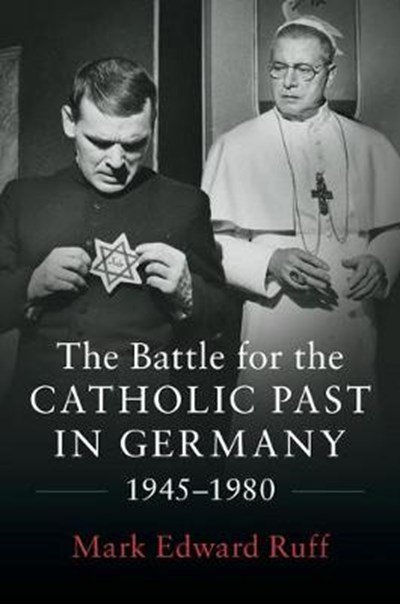 QTY
Add to Basket
Publisher: Cambridge University Press
ISBN: 9781316640760
Number of Pages: 410
Published: 05/03/2020
Width: 23 cm
Height: 15.5 cm
Description Author Information Reviews
Were Pope Pius XII and the Catholic Church in Germany unduly singled out after 1945 for their conduct during the National Socialist era? Mark Edward Ruff explores the bitter controversies that broke out in the Federal Republic of Germany from 1945 to 1980 over the Catholic Church's relationship to the Nazis. He explores why these cultural wars consumed such energy, dominated headlines, triggered lawsuits and required the intervention of foreign ministries. He argues that the controversies over the church's relationship to National Socialism were frequently surrogates for conflicts over how the church was to position itself in modern society - in politics, international relations and the media. More often than not, these exchanges centered on problems perceived as arising from the postwar political ascendancy of Roman Catholics and the integration of Catholic citizens into the societal mainstream.

Mark Edward Ruff is Associate Professor and Director of Undergraduate Studies at St Louis University, Missouri, and the author of The Wayward Flock: Catholic Youth in Postwar Germany, 1945-1965 (2005), and co-editor of Die Katholische Kirche im Dritten Reich (2011). He is the recent recipient of research fellowships from the American Council of Learned Societies, the National Endowment for the Humanities and the Alexander-von-Humboldt Foundation.