Reformation Europe and Christianity in the West 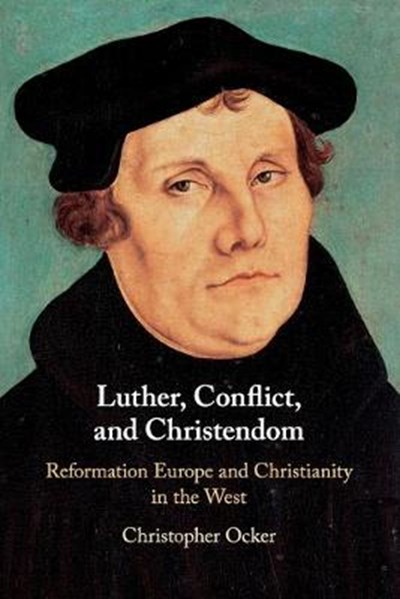 Reformation Europe and Christianity in the West

QTY
Add to Basket
Publisher: Cambridge University Press
ISBN: 9781316647844
Number of Pages: 538
Published: 27/02/2020
Width: 23 cm
Height: 15 cm
Description Author Information Reviews
Martin Luther - monk, priest, intellectual, or revolutionary - has been a controversial figure since the sixteenth century. Most studies of Luther stress his personality, his ideas, and his ambitions as a church reformer. In this book, Christopher Ocker brings a new perspective to this topic, arguing that the different ways people thought about Luther mattered far more than who he really was. Providing an accessible, highly contextual, and non-partisan introduction, Ocker says that religious conflict itself served as the engine of religious change. He shows that the Luther affair had a complex political anatomy which extended far beyond the borders of Germany, making the debate an international one from the very start. His study links the Reformation to pluralism within western religion and to the coexistence of religions and secularism in today's world. Luther, Conflict, and Christendom includes a detailed chronological chart.

Christopher Ocker is Professor of History at the San Francisco Theological Seminary and Chair of the Department of Cultural and Historical Studies of Religions at the Graduate Theological Union, Berkeley. He is the author of Biblical Poetics before Humanism and Reformation (Cambridge, 2002), Church Robbers and Reformers in Germany, 1524-1574 (2006), Johannes Klenkok: A Friar's Life, c.1310-1374 (1993), and many articles on religious conflict, biblical interpretation, theology, and religious politics in late medieval and early modern Europe. He is co-editor of Politics and Reformations: Essays in Honor of Thomas A. Brady, Jr (2007), has been a managing editor of The Journal of the Bible and Its Reception, and is a member of the editorial board of Studies in Medieval and Reformation Traditions.