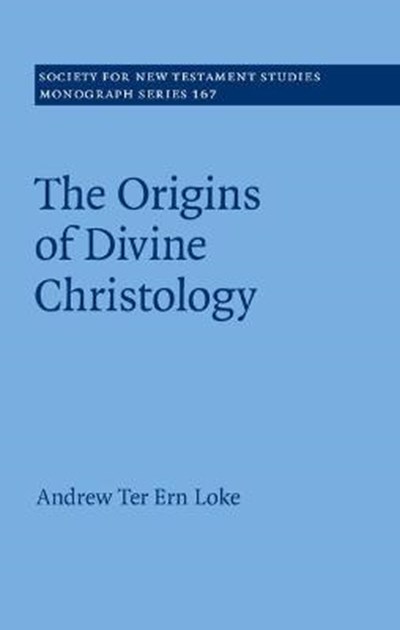 QTY
Add to Basket
Publisher: Cambridge University Press
ISBN: 9781316648759
Number of Pages: 265
Published: 28/02/2019
Width: 15.3 cm
Height: 23 cm
Description Author Information Reviews
In recent years, there has been considerable debate concerning the origin of divine Christology. Nevertheless, the proposed theories are beset with problems, such as failing to address the evidence of widespread agreement among the earliest Christians concerning divine Christology, and the issues related to whether Jesus' intention was falsified. This book offers a new contribution by addressing these issues using transdisciplinary tools. It proposes that the earliest Christians regarded Jesus as divine because a sizeable group of them perceived that Jesus claimed and showed himself to be divine, and thought that God vindicated this claim by raising Jesus from the dead. It also provides a comprehensive critique of alternative proposals, and synthesizes their strengths. It defends the appropriateness and merits of utilizing philosophical distinctions (e.g. between ontology and function) and Trinitarian concepts for explaining early Christology, and incorporates comparative religion by examining cases of deification in other contexts.

Andrew Ter Ern Loke is Research Assistant Professor at the Faith and Global Engagement Initiative, The University of Hong Kong. His previous publications include A Kryptic Model of the Incarnation (2014) and several articles in leading international peer-reviewed journals such as Religious Studies and the Journal of Theological Studies.