A Lesson in Heresy 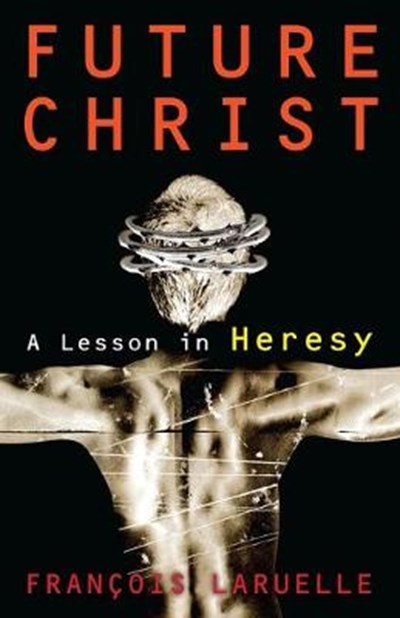 A Lesson in Heresy

Publisher: Bloomsbury Publishing PLC
ISBN: 9781350060951
Published: 25/07/2019
Description Author Information Reviews
Future Christ is one of the first English translations of the work of Francois Laruelle, one of the most exciting voices in contemporary French philosophy and the creator of the practice of 'non-philosophy'. In this work Laruelle draws on material from the traditions of Christianity, Judaism and Gnosticism, but he does so by suspending their authority. This adventure in non-philosophy does not claim to think for religion, but from it as material and with disinterest towards its self-given status as ultimate authority. This provocative, yet remarkably accessible book introduces philosophy to the lessons of heresy and makes use of them in a non-philosophical "dualysis" of messianism and apocalypticism. Laruelle investigates the "heretic question", analogous to but historically distinguished from the "Jewish question", to develop a "non-Christian science" that struggles against and for our World. Future Christ thus opens up novel ways of thinking within existing religious and philosophical thought and marks an incisive and wide-ranging non-philosophical engagement with key contemporary debates in philosophy and theology.

Francois Laruelle is Professor of Contemporary Philosophy at the Universite de Paris X (Nanterre) and lectures at the College International de Philosophie. He is the creator of the concept of 'non-philosophy', author of over twenty books, and director of L'Organisation Non-Philosophique Internationale. Anthony Paul Smith received his doctorate from the University of Nottingham, where he was associated with the Centre of Theology and Philosophy, and is a research fellow at the Institute for Nature and Culture at DePaul University, USA. He has authored numerous articles on Laruelle and non-philosophy.