Faith and Struggle in the Lives of Four African Americans 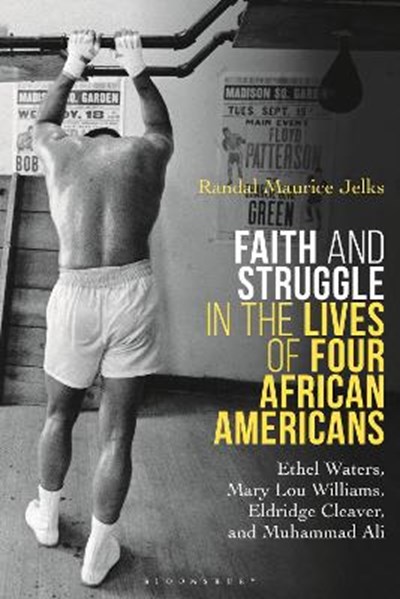 Faith and Struggle in the Lives of Four African Americans

QTY
Add to Basket
Publisher: Bloomsbury Publishing PLC
ISBN: 9781350074620
Number of Pages: 208
Published: 10/01/2019
Width: 15.6 cm
Height: 23.4 cm
Description Author Information Reviews
In 1964, Muhammad Ali said of his decision to join the Nation of Islam: "I know where I'm going and I know the truth and I don't have to be what you want me to be. I'm free to be what I want to be." This sentiment, the brash assertion of individual freedom, informs and empowers each of the four personalities profiled in this book. Randal Maurice Jelks shows that to understand the Black American experience beyond the larger narratives of enslavement, emancipation, and Black Lives Matter, we need to hear the individual stories. Drawing on his own experiences growing up as a religious African American, he shows that the inner history of Black Americans in the 20th century is a story worthy of telling. This book explores the faith stories of four African Americans: Ethel Waters, Mary Lou Williams, Eldridge Cleaver, and Muhammad Ali. It examines their autobiographical writings, interviews, speeches, letters, and memorable performances to understand how each of these figures used religious faith publicly to reconcile deep personal struggles, voice their concerns for human dignity, and reinvent their public image. For them, liberation was not simply defined by material or legal wellbeing, but by a spiritual search for community and personal wholeness.

Randal Maurice Jelks is Professor of American Studies and African and African American Studies at the University of Kansas, USA. His previous books are both award-winning: African Americans in the Furniture City: The Struggle for Civil Rights Struggle in Grand Rapids (2006) and Benjamin Elijah Mays, Schoolmaster of the Movement: A Biography (2012).