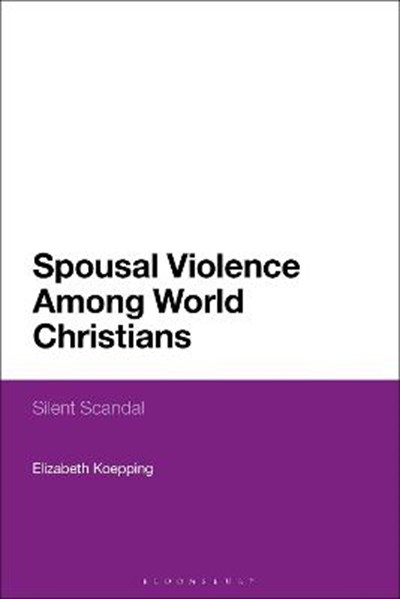 QTY
Add to Basket
Publisher: Bloomsbury Publishing PLC
ISBN: 9781350080553
Number of Pages: 192
Published: 01/10/2020
Width: 15.6 cm
Height: 23.4 cm
Description Author Information Reviews
This book takes a global approach to violence between husbands and wives in faith contexts. Focusing primarily on Christians, the book uses anthropological, theological and historical methods, which intersect with, and are challenged by, lay and ordained women and men from sixteen countries. Focusing on marital violence, the book explores ways to understand how various churches, their priests, preachers, theologians and members, approach the topic, interpret the texts, and, with often thoughtless complicity, hide from the sin. Drawing on over a decade researching marital violence in Christian contexts across five continents, Elizabeth Koepping, an anthropologist and priest, presents testimonies from abused women, as well as theological and cultural justifications for spousal abuse employed by perpetrators and bystanders. She argues that if violence against the (female) spouse is understood as proper behaviour by manly men towards unruly wives, Christians may set aside the core text 'Men and women are made in the Image of God', enabling and silently colluding in abuse. The book shows that spousal abuse is an ecumenical phenomenon present all over the inhabited world, and therefore in all Christian churches and indeed other faith traditions.

Elizabeth Koepping is an Honorary Fellow in the School of Divinity at the University of Edinburgh, UK. She is the editor of the four volume work World Christianities (2011), and author of Food, Friends and Funerals (2008).