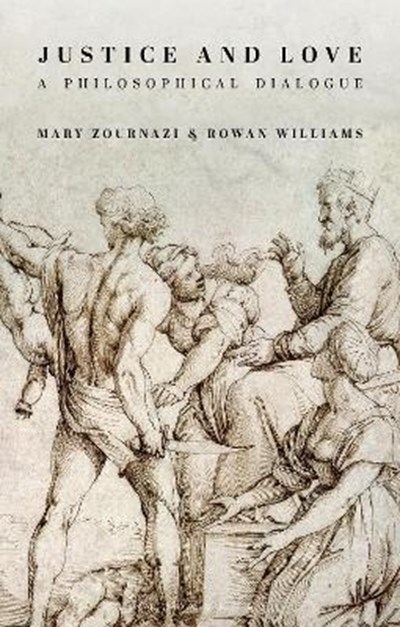 QTY
Add to Basket
Publisher: Bloomsbury Publishing PLC
ISBN: 9781350090361
Number of Pages: 224
Published: 12/11/2020
Width: 13.8 cm
Height: 21.6 cm
Description Author Information Reviews
How do we see and act justly in the world? In what ways can we ethically respond to social and economic crisis? How do we address the desperation that exists in the new forms of violence and atrocity? These are all questions at the heart of Justice and Love, a philosophical dialogue on how to imagine and act in a more just world by theologian Rowan Williams and philosopher Mary Zournazi. Looking at different religious and philosophical traditions, Williams and Zournazi argue for the re-invigoration and enriching of the language of justice and, by situating justice alongside other virtues, they extend our everyday vocabularies on what is just. Drawing on examples ranging from the Paris Attacks, the Syrian War, and the European Migrant Crisis to Brexit and the US Presidential elections, Williams and Zournazi reflect on justice as a process: a condition of being, a responsiveness to others, rather than a cold distribution of fact. By doing so, they explore the love and patience needed for social healing and the imagination required for new ways of relating and experiencing the world.

Rowan Williams (Baron Williams of Oystermouth) is Master of Magdalene College, Cambridge, UK. He was formerly Lady Margaret Professor of Divinity at the University of Oxford, UK, and was Archbishop of Canterbury from 2002-2012. Mary Zournazi is an Australian writer and philosopher. She is the author of several books, including Hope - New Philosophies for Change (2003) and Inventing Peace: A Dialogue on Perception (I.B. Tauris, 2013). Her book Keywords to War (2007) was made into a radio documentary for ABC Radio National in Australia and it was nominated for the Australian UN Media Peace Prize in 2008. Ben Okri OBE FRSL is a Nigerian poet and novelist. His novel The Famished Road won the Man Booker Prize in 1991.