A Non-Philosopher's Confession of Faith 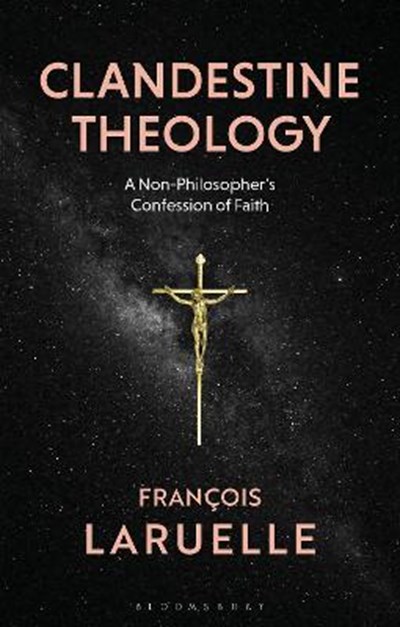 A Non-Philosopher's Confession of Faith

eBook FAQ
Add to Basket
Publisher: Bloomsbury Publishing PLC
ISBN: 9781350104242
Number of Pages: 240
Published: 03/09/2020
Width: 13.8 cm
Height: 21.6 cm
Description Author Information Reviews
In this new translation, Laruelle offers a serious and rigorous challenge to contemporary theological thought, calling into question the dominant understanding of the relation between Christ, theology, and philosophy, not only from a theoretical, but also political perspective. He achieves this through an inversion of St Paul's reading of Christ, through which the ground for Christianity shifts. It is no longer the 'event' of the resurrection, as philosophical and theological operation (Badiou's St Paul), so much as the Risen Himself that forms the starting point for a non-philosophical confession. Between the Greek and the Jew, Laruelle places the Gnostic-Christ in order to disrupt and overturn such theologico-philosophical interpretations of the resurrection and set the Risen within the radical immanence of Man-in-Person. Forming the basis for a non-Christianity, Clandestine Theology offers a more radical deconstruction of Christianity, resting upon the last identity of Man and the humanity of Christ as opposed to endless deferral or difference (Nancy) or the universalising economy of Ideas and Events (Badiou).

Francois Laruelle is a French philosopher formerly Professor of Contemporary Philosophy at the Universite de Paris X (Nanterre) and the College International de Philosophie, France. He is the creator of the concept of 'non-philosophy' and author of over twenty works of philosophy. Andrew Sackin-Poll is a doctoral researcher in the French Department of the University of Cambridge, UK, under the direction of Dr Ian James and Prof Catherine Pickstock. He has translated works by Jean-Louis Chretien, Emmanuel Falque and Michel Henry.