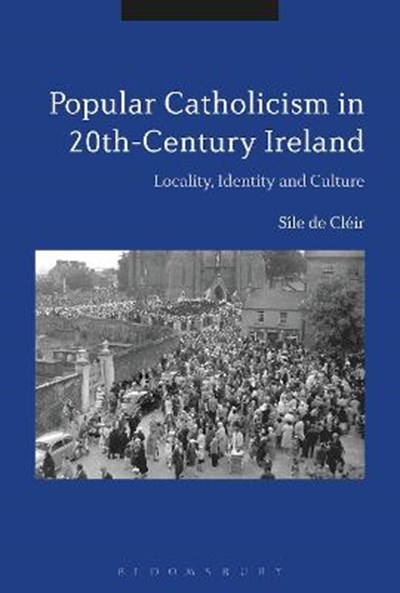 eBook FAQ
Add to Basket
Publisher: Bloomsbury Publishing PLC
ISBN: 9781350109186
Number of Pages: 264
Published: 18/04/2019
Width: 15.6 cm
Height: 23.4 cm
Description Author Information Reviews
For much of the 20th century, Catholics in Ireland spent significant amounts of time engaged in religious activities. This book documents their experience in Limerick city between the 1920s and 1960s, exploring the connections between that experience and the wider culture of an expanding and modernising urban environment. Sile de Cleir discusses topics including ritual activities in many contexts: the church, the home, the school, the neighbourhood and the workplace. The supernatural belief underpinning these activities is also important, along with creative forms of resistance to the high levels of social control exercised by the clergy in this environment. De Cleir uses a combination of in-depth interviews and historical ethnographic sources to reconstruct the day-to-day religious experience of Limerick city people during the period studied. This material is enriched by ideas drawn from anthropological studies of religion, while perspectives from both history and ethnology also help to contextualise the discussion. With its unique focus on everyday experience, and combination of a traditional worldview with the modernising city of Limerick - all set against the backdrop of a newly-independent Ireland - Popular Catholicism in 20th-century Ireland presents a fascinating new perspective on 20th-century Irish social and religious history.

Sile de Cleir is a Lecturer in the School of Culture and Communication, University of Limerick, Ireland.