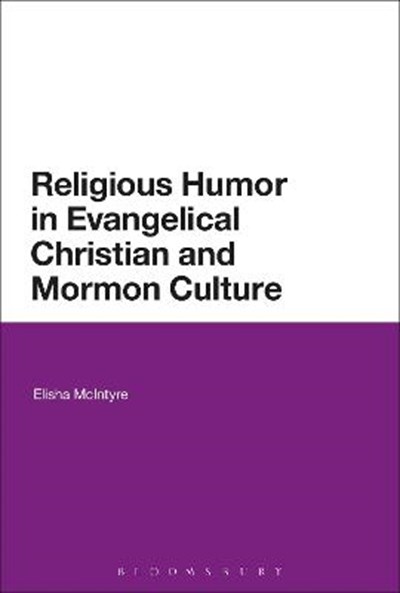 eBook FAQ
Add to Basket
Publisher: Bloomsbury Publishing PLC
ISBN: 9781350123090
Number of Pages: 232
Published: 25/07/2019
Width: 15.6 cm
Height: 23.4 cm
Description Author Information Reviews
Incorporating perspectives from religious studies, humor studies, cultural and film studies, and theology, as well as original data from textual analysis and the voices of religious comedians, this book critically analyses the experiences of believers who appreciate that their faith is not necessarily a barrier to their laughter. It is often thought that religion and humor are incompatible, but Religious Humor in Evangelical Christian and Mormon Culture shows that humor is not only a popular means of entertainment, but also a way in which an individual or community expresses their identity and values. Elisha McIntyre argues that believers embrace their sense of humor, actively producing and consciously consuming comic entertainment that reflects their own experiences. This process is not however without conflict. The book argues that there are specific characteristics that indicate a unique kind of humor that may be called 'religious humor'. Through an examination of religious humor found in stand-up comedy, television sitcoms, comedy film and satirical cartoons, and drawing on interview data, the book outlines the main considerations that Christians take into account when choosing their comedy entertainment. These include questions about ideology, blasphemy, taboos around the body, and the motives behind the joke.

Elisha McIntyre is Lecturer in the Department of Studies in Religion at the University of Sydney, Australia.