Missionary and the Maharajas

Cecil Tyndale-Biscoe and the Making of Modern Kashmir 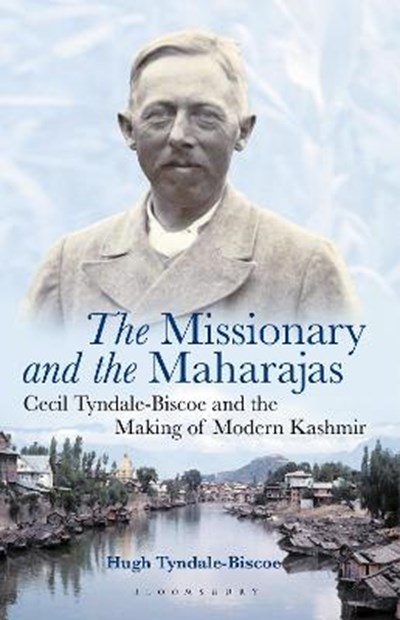 Missionary and the Maharajas

Cecil Tyndale-Biscoe and the Making of Modern Kashmir

eBook FAQ
Add to Basket
Publisher: Bloomsbury Publishing PLC
ISBN: 9781350137738
Number of Pages: 360
Published: 11/07/2019
Width: 13.8 cm
Height: 21.6 cm
Description Author Information Reviews
Cecil Tyndale-Biscoe polarised opinion in early 20th India by his unconventional methods of educating Kashmiris and, through them, changing the social order of a society steeped in old superstitions. He was a man of contradictions: a Christian and a boxer, a missionary who made very few converts, a staunch supporter of British imperialism and a friend of Kashmir's political reformers. He made enemies of the Hindu Establishment, who described him as 'exceedingly a bad man and one too much fond of cricket,' but earned the respect of two successive Hindu Maharajas, as well as the Muslim leader, who succeeded them. He was 27 when he became the Principal of the Church Missionary Society's school in Kashmir in 1890 and he left as India gained independence in 1947. His vision was of a school in action, vigorously involved in the affairs and problems of the city of Srinagar, to support the weak and to fight corruption wherever it occurred. Under his leadership the masters and boys were engaged in fighting fires in the city, saving people from drowning, taking hospital patients for outings on the lakes, helping women and removing the ban on the remarriage of young widows. His avowed purpose was to make his students into honest, fearless leaders, who would serve their beloved country of Kashmir. The book begins with the medieval condition of Kashmir in the nineteenth century; describes the development of his unusual approach to education; explores the many challenges he had to overcome, including his chronic bad health, his difficulties with the CMS and the opposition of the Hindu establishment and State Government; and contrasts this with the speedy and enthusiastic acceptance by his young Kashmiri teachers and students of what he was offering and how together they transformed their society and prepared Kashmir for independence.

Hugh Tyndale-Biscoe is an acclaimed marsupial biologist, who served latterly as Chief Research Scientist at the Commonwealth Scientific and Industrial Research Organisation's Division of Wildlife and Rangelands Research.