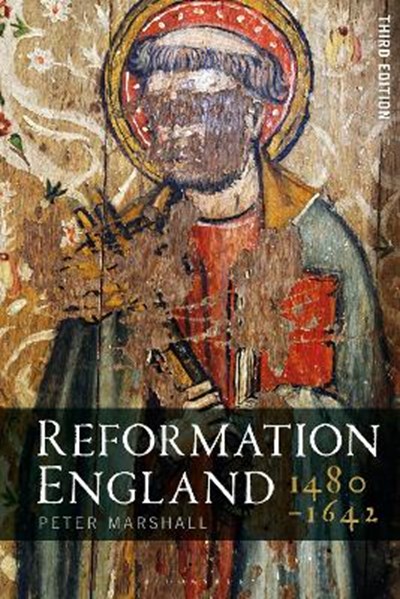 QTY
Add to Basket
Publisher: Bloomsbury Publishing PLC
ISBN: 9781350140486
Number of Pages: 304
Published: 13/01/2022
Width: 15.6 cm
Height: 23.4 cm
Description Author Information Reviews
Now in its third edition, Reformation England 1480-1642 provides a clear and accessible narrative account of the English Reformation, explaining how historical interpretations of its major themes have changed and developed over the past few decades, where they currently stand, and where they seem likely to go. This new edition brings the text fully up-to-date with description and analysis of recent scholarship on the pre-Reformation Church, the religious policies of Henry VIII, Edward VI and Mary I, the impact of Elizabethan and Jacobean Puritanism, the character of English Catholicism, the pitfalls of studying popular religion, and the relationship between the Reformation and the outbreak of civil war in the seventeenth century. With a significant amount of fresh material, including maps, illustrations and a substantial new Afterword on the Reformation's legacies in English (and British) history, Reformation England 1480-1642 will continue to be an indispensable guide for students approaching the complexities and controversies of the English Reformation for the first time, as well as for anyone wishing to deepen their understanding of this fascinating and formative chapter in the history of England.

Peter Marshall is Professor of History at the University of Warwick, UK, where he has taught since 1994. A prize-winning commentator on the religious and cultural history of early modern Britain, his many publications include The Reformation: A Very Short Introduction (2009), Mother Leakey and the Bishop: A Ghost Story (2007), Heretics and Believers: A History of the English Reformation (2017), and Invisible Worlds: Death, Religion and the Supernatural in England, 1500-1700 (2017).