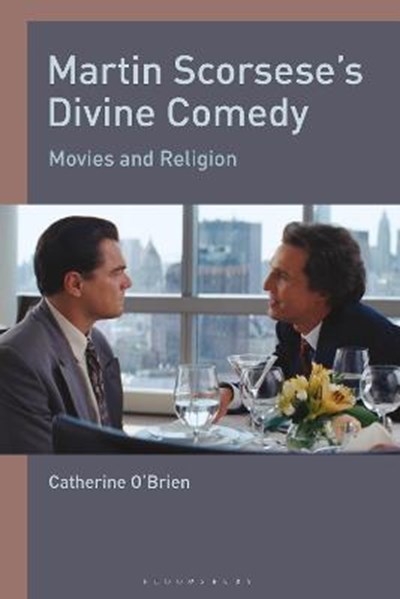 QTY
Add to Basket
Publisher: Bloomsbury Publishing PLC
ISBN: 9781350141605
Number of Pages: 224
Published: 28/11/2019
Width: 15.3 cm
Height: 23.4 cm
Description Author Information Reviews
This book is open access and available on www.bloomsburycollections.com. It is funded by Knowledge Unlatched. Catherine O'Brien draws on the structure of Dante Alighieri's Divine Comedy to explore Martin Scorsese's feature films from Who's That Knocking at My Door (1967-69) to Silence (2016). This is the first full-length study to focus on the trajectory of faith and doubt during this period, taking very seriously the oft-quoted words of the director himself: 'My whole life has been movies and religion. That's it. Nothing else.' Films discussed include GoodFellas, The Last Temptation of Christ, Taxi Driver and Mean Streets, as well as the more recent The Wolf of Wall Street. In Dante's poem in 100 cantos, the Pilgrim is guided by the poet Virgil down through the circles of Hell in Inferno; he then climbs the steep Mountain of the Seven Deadly Sins in Purgatory; and he finally encounters God in Paradise. Embracing this popular analogy, this study envisions Scorsese as a contemporary Dante, with his filmic oeuvre offering the dimensions of a cinematic Divine Comedy. Drawing on debates at the heart of religious studies, theology, literature and film, this book goes beyond existing explorations of religion in Scorsese's work to address issues of sin and salvation within the context of wider debates in eschatology and the afterlife.

Catherine O'Brien is Co-director of the Centre for Marian Studies, UK, and was Senior Lecturer in Film Studies and French at Kingston University, UK. She is the author of The Celluloid Madonna (2011) and Women's Fictional Responses to the First World War (1997), and co-editor of Sacred Spaces/Forbidden Places (2000).