Short History of the Wars of the Roses 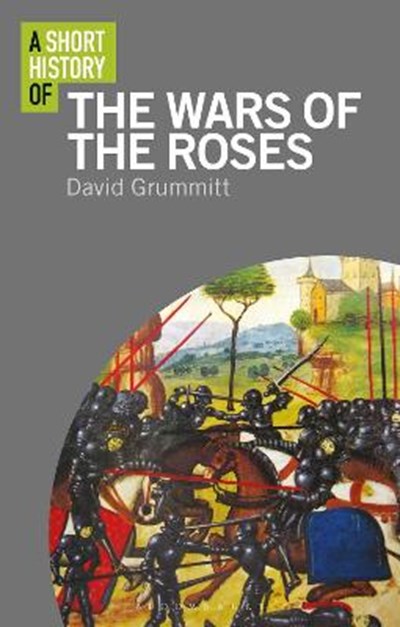 Short History of the Wars of the Roses

eBook FAQ
Add to Basket
Publisher: Bloomsbury Publishing PLC
ISBN: 9781350146891
Number of Pages: 256
Published: 03/10/2019
Width: 13.8 cm
Height: 21.6 cm
Description Author Information Reviews
The Wars of the Roses (c. 1455-1487) are renowned as an infamously savage and tangled slice of English history. A bloody thirty-year struggle between the dynastic houses of Lancaster and York, they embraced localised vendetta (such as the bitter northern feud between the Percies and Nevilles) as well as the formal clash of royalist and rebel armies at St Albans, Ludford Bridge, Mortimer's Cross, Towton, Tewkesbury and finally Bosworth, when the usurping Yorkist king, Richard III, was crushed by Henry Tudor. Powerful personalities dominate the period: the charismatic and enigmatic Richard III, immortalized by Shakespeare; the slippery Warwick, the Kingmaker', who finally over-reached ambition to be cut down at the Battle of Barnet; and guileful women like Elizabeth Woodville and Margaret of Anjou, who for a time ruled the kingdom in her husband's stead. David Grummitt places the violent events of this complex time in the wider context of fifteenth-century kingship and the development of English political culture.Never losing sight of the traumatic impact of war on the lives of those who either fought in or were touched by battle, this captivating new history will make compelling reading for students of the late medieval period and Tudor England, as well as for general readers.

David Grummitt is the Head of the School of Humanities at the Canterbury Christ Church University. He is the author of The Calais Garrison: War and Military Service in England, 1436-1558 (2008).