Tolstoy and his Disciples

The History of a Radical International Movement 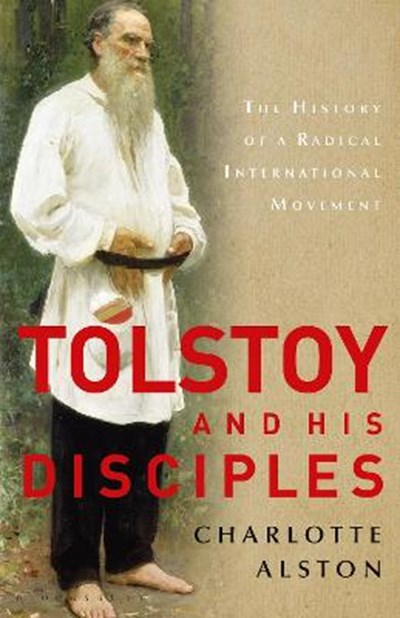 Tolstoy and his Disciples

The History of a Radical International Movement

eBook FAQ
Add to Basket
Publisher: Bloomsbury Publishing PLC
ISBN: 9781350159433
Number of Pages: 320
Published: 30/04/2020
Width: 13.5 cm
Height: 21.6 cm
Description Author Information Reviews
In the last thirty years of his life, Leo Tolstoy developed a moral philosophy that embraced pacifism, vegetarianism, the renunciation of private property, and a refusal to comply with the state. The transformation in his outlook led to his excommunication by the Orthodox Church and the breakdown of his family life. Internationally, he inspired a legion of followers who formed communities and publishing houses devoted to living and promoting the 'Tolstoyan' life. These enterprises flourished across Europe and the United States in the late nineteenth and early twentieth century, and Tolstoyism influenced individuals as diverse as William Jennings Bryan and Mohandas Gandhi. Through its unique treatment of Tolstoyism, this book provides the first in-depth historical account of this remarkable phenomenon, and provides an important re-assessment of Tolstoy's impact on the political life of the late nineteenth and early twentieth century. Charlotte Alston describes Tolstoyism as an international phenomenon and explores both the connections between these Tolstoyan groups and their relationships with other related reform movements.

Charlotte Alston is Senior Lecturer in History at Northumbria University and is the author of Russia's Greatest Enemy: Harold Williams and the Russian Revolutions (I.B.Tauris, 2007) and Piip, Meierovics, Voldemaras: The Baltic States. Makers of the Modern World, the Peace Conferences 1919-23 and their Aftermath (Haus, 2010). She has published journal articles and book chapters on Russia's relations (both cultural and diplomatic) with the West, the history of the Russian revolution and the civil war, the post-First World War peace settlements, and the international influence of Tolstoy's thought.