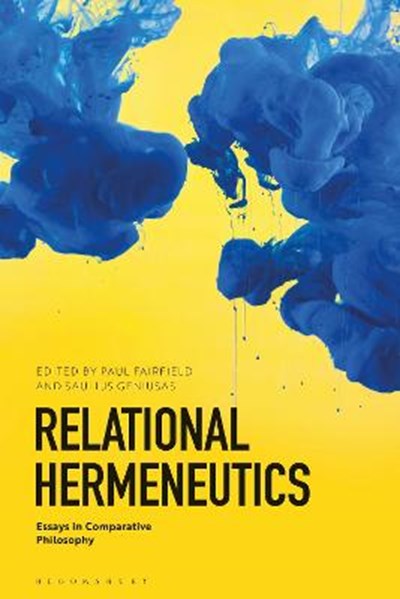 eBook FAQ
Add to Basket
Publisher: Bloomsbury Publishing PLC
ISBN: 9781350161696
Number of Pages: 272
Published: 30/04/2020
Width: 15.6 cm
Height: 23.4 cm
Description Author Information Reviews
Investigating connections between philosophical hermeneutics and neighbouring traditions of thought, this volume considers the question of how post-Heideggerian hermeneutics, as represented by Gadamer, Ricoeur and recent scholars following in their wake, relate to these traditions, both in general terms and bearing upon specific questions. The traditions covered in this volume-existentialism, pragmatism, poststructuralism, Eastern philosophy, and hermeneutics itself-are all characterized by significant internal diversity, adding to the difficulty in reaching an interpretation that is at once comparative and critical. None of these traditions represent a unified system of belief; all are umbrella terms which are at once useful and imprecise, and the differences internal to each must not to be understated. An innovative work of comparative philosophy, this volume avoids oversimplification and offers specific analyses that treat hermeneutics in relation to particular themes and key figures in each of these traditions of thought. Philosophical hermeneutics is explicitly dialogical, and it is in this spirit that the authors of this book approach their subjects, revealing the important affinities and opportunities for mutually enriching conversations which have until now been overlooked.

Paul Fairfield is Professor of Philosophy at Queen's University in Kingston, ON, Canada. He is the author of nine sole-authored books and editor or co-editor of five anthologies. His writings cover themes in philosophical hermeneutics, phenomenology, and pragmatism. Saulius Geniusas is Associate Professor of Philosophy at the Chinese University of Hong Kong. He is the author or editor of several books and anthologies, including The Origins of the Horizon in Husserl's Phenomenology (2012), Stretching the Limits of Productive Imagination (2018).