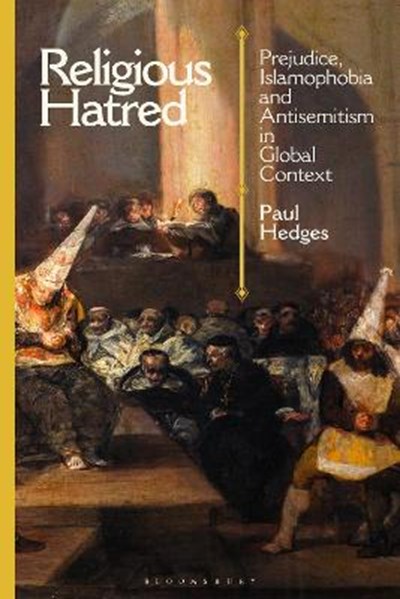 QTY
Add to Basket
Publisher: Bloomsbury Publishing PLC
ISBN: 9781350162860
Number of Pages: 312
Published: 11/03/2021
Width: 15.6 cm
Height: 23.4 cm
Description Author Information Reviews
Why does religion inspire hatred? Why do people in one religion sometimes hate people of another religion, and also why do some religions inspire hatred from others? This book shows how scholarly studies of prejudice, identity formation, and genocide studies can shed light on global examples of religious hatred. The book is divided into four parts, focusing respectively on: theories of prejudice and violence; historical developments of antisemitism, Islamophobia, and race; contemporary Western antisemitism and Islamophobia; and, prejudices beyond the West in the Islamic, Buddhist, and Hindu traditions. Each part ends with a special focus section. Key features include: - A compelling synthesis of theories of prejudice, identity, and hatred to explain Islamophobia and antisemitism. - An innovative theory of human violence and genocide which explains the link to prejudice. - Case studies of both Western antisemitism and Islamophobia in history and today, alongside global studies of Islamic antisemitism and Hindu and Buddhist Islamophobia - Integrates discussion of race and racialisation as aspects of Islamophobic and antisemitic prejudice in relation to their framing in religious discourses. - Accessible for general readers and students, it can be employed as a textbook for students or read with benefit by scholars for its novel synthesis and theories. The book focuses on antisemitism and Islamophobia, both in the West and beyond, including examples of prejudices and hatred in the Islamic, Hindu, and Buddhist traditions. Drawing on examples from Europe, North America, MENA, South and Southeast Asia, and Africa, Paul Hedges points to common patterns, while identifying the specifics of local context. Religious Hatred is an essential guide for understanding the historical origins of religious hatred, the manifestations of this hatred across diverse religious and cultural contexts, and the strategies employed by activists and peacemakers to overcome this hatred.

Paul Hedges is Associate Professor of Interreligious Studies at the S. Rajaratnam School of International Studies at Nanyang Technological University, Singapore. He has produced over a dozen books and sixty papers in such areas as interreligious relations, theory and method in the study of religion, and the role of religion in contemporary society. His books include Contemporary Christian-Muslim Encounters (Bloomsbury, 2015).