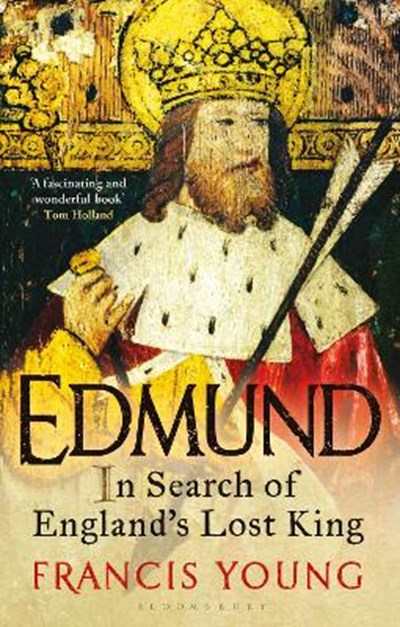 eBook FAQ
Add to Basket
Publisher: Bloomsbury Publishing PLC
ISBN: 9781350165250
Number of Pages: 224
Published: 03/09/2020
Width: 13.8 cm
Height: 21.6 cm
Description Author Information Reviews
What buried secret lies beneath the stones of one of England's greatest former churches and shrines, the Benedictine Abbey of Bury St Edmunds? The search for the final resting place of King Edmund has led to this site, beneath which Francis Young argues the lost king's remains are waiting to be found. Edmund: In Search of England's Lost King explores the history of the martyred monarch of East Anglia and England's first patron saint, showing how he became a pivotal figure around whom Saxons, Danes and Normans all rallied. Young also examines Edmund's legacy in the centuries since his death at the hands of marauding Vikings in the 9th century. In doing so, this fascinating book points to the imminent rediscovery of the ruler who created England.

Francis Young is Fellow of the Royal Historical Society and achieved his PhD in History from the University of Cambridge, UK. He is the author of The Gages of Hengrave and Suffolk Catholicism, 1640-1767 (2015) and The Abbey of Bury St Edmunds: History, Legacy and Discovery (2016), amongst others.