Christianity, Politics and the Afterlives of War in Uganda 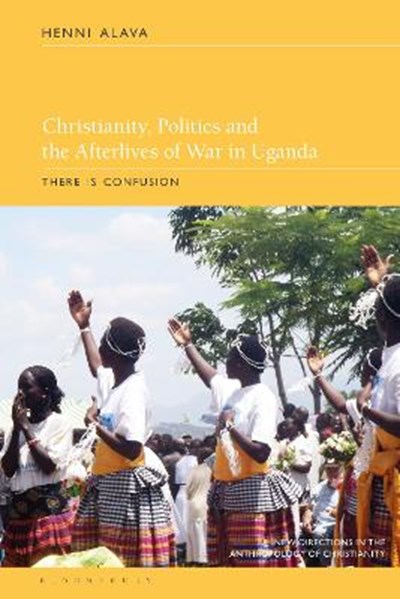 Christianity, Politics and the Afterlives of War in Uganda

eBook FAQ
Add to Basket
Publisher: Bloomsbury Publishing PLC
ISBN: 9781350175808
Number of Pages: 288
Published: 07/04/2022
Width: 15.6 cm
Height: 23.4 cm
Description Author Information Reviews
Christianity, Politics and the Afterlives of War in Ugandasheds critical light on the complex and unstable relationship between Christianity and politics, and peace and war. Drawing on long-running ethnographic fieldwork in Uganda's largest religious communities, it maps the tensions and ironies found in the Catholic and Anglican Churches in the wake of war between the Lord's Resistance Army and the Government of Uganda. It shows how churches' responses to the war were enabled by their embeddedness in local communities. Yet churches' embeddedness in structures of historical violence made their attempts to nurture peace liable to compound conflict. At the heart of the book is the Acholi concept of anyobanyoba, 'confusion', which depicts an experienced sense of both ambivalence and uncertainty, a state of mixed-up affairs within community and an essential aspect of politics in a country characterized by the threat of state violence. Foregrounding vulnerability, the book advocates 'confusion' as an epistemological and ethical device, and employs it to meditate on how religious believers, as well as researchers, can cultivate hope amid memories of suffering and on-going violence.

Henni Alava is a post-doctoral researcher at the University of Jyvaskyla, Finland