Innovation and Competition in Zimbabwean Pentecostalism

Megachurches and the Marketization of Religion 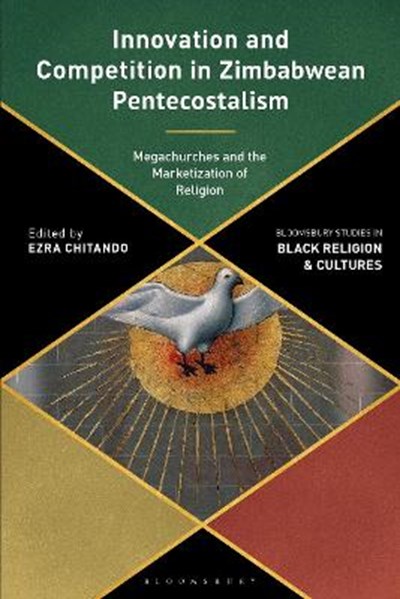 Innovation and Competition in Zimbabwean Pentecostalism

Megachurches and the Marketization of Religion

eBook FAQ
Add to Basket
Publisher: Bloomsbury Publishing PLC
ISBN: 9781350176010
Number of Pages: 256
Published: 11/02/2021
Width: 15.6 cm
Height: 23.4 cm
Description Author Information Reviews
Using the concept of a "religious market", this volume explores how African Traditional Religions and churches within Prophetic Pentecostalism in Zimbabwe seek to attract and retain members and clients. Chapters provide extensive coverage of two of the leading churches, namely, Emmanuel Makandiwa's United Family International Church (UFIC) and Walter Magaya's Prophetic Healing and Deliverance Ministries (PHD). Contributors also explore the strategies adopted by Pentecostalism in general, while others focus on African Traditional Religions. They show that although Prophetic Pentecostalism has gained a significant share of the market in Zimbabwe and in Southern Africa in general, it is not without controversy. In particular, it has been associated with the abuse of women and exploiting members and clients for financial gain. Innovation and Competition in Zimbabwean Pentecostalism is an important contribution to understanding the marketization of religion.

Ezra Chitando is Professor of History and Phenomenology of Religion at the University of Zimbabwe, and Theology Consultant on HIV and AIDS for the World Council of Churches.