Metaphors of Death and Resurrection in the Qur'an

An Intertextual Approach with Biblical and Rabbinic Literature 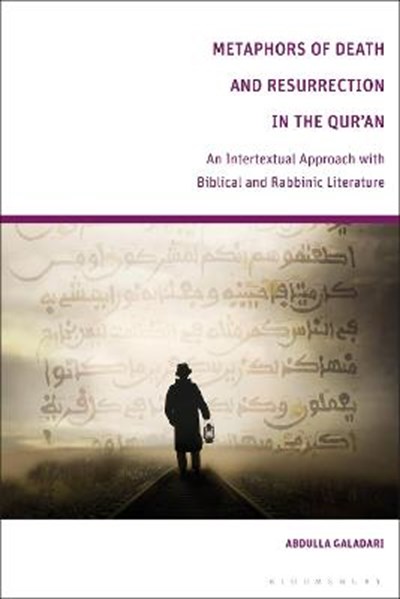 Metaphors of Death and Resurrection in the Qur'an

An Intertextual Approach with Biblical and Rabbinic Literature

QTY
Add to Basket
Publisher: Bloomsbury Publishing PLC
ISBN: 9781350244528
Number of Pages: 272
Published: 07/10/2021
Width: 15.6 cm
Height: 23.4 cm
Description Author Information Reviews
This book is available as open access through the Bloomsbury Open Access programme and is available on www.bloomsburycollections.com. Through extensive textual analysis, this book reveals how various passages of the Qur'an define death and resurrection spiritually or metaphorically. While the Day of Resurrection is a major theme of the Qur'an, resurrection has largely been interpreted as physical, which is defined as bones leaving their graves. However, this book shows that the Qur'an sometimes alludes to death and resurrection in a metaphoric manner - for example, rebuilding a desolate town, typically identified as Jerusalem, and bringing the Israelite exiles back; thus, suggesting awareness and engagement with Jewish liturgy. Many times, the Qur'an even speaks of non-believers as spiritually dead, those who live in this world, but are otherwise zombies. The author presents an innovative theory of interpretation, contextualizing the Qur'an within Late Antiquity and traces the Qur'anic passages back to their Biblical, extra-biblical and rabbinic subtexts and traditions.

Abdulla Galadari is an Associate Professor at Khalifa University of Science & Technology, United Arab Emirates. He is the author of Qur'anic Hermeneutics: Between Science, History, and the Bible (Bloomsbury, 2018).