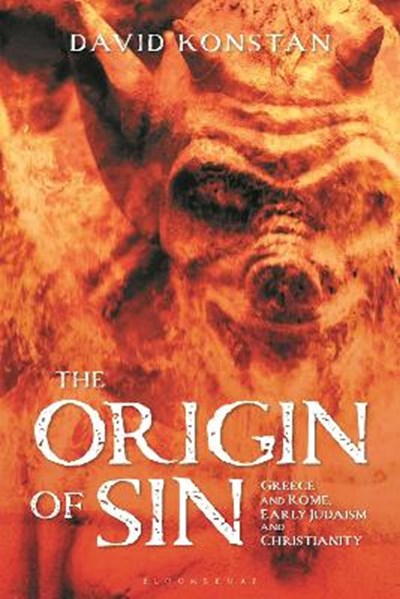 QTY
Add to Basket
Publisher: Bloomsbury Publishing PLC
ISBN: 9781350278592
Number of Pages: 216
Published: 10/02/2022
Width: 15.6 cm
Height: 23.4 cm
Description Author Information Reviews
Where did the idea of sin arise from? In this meticulously argued book, David Konstan takes a close look at classical Greek and Roman texts, as well as the Bible and early Judaic and Christian writings, and argues that the fundamental idea of "sin" arose in the Hebrew Bible and the New Testament, although this original meaning was obscured in later Jewish and Christian interpretations. Through close philological examination of the words for "sin," in particular the Hebrew hata' and the Greek hamartia, he traces their uses over the centuries in four chapters, and concludes that the common modern definition of sin as a violation of divine law indeed has antecedents in classical Greco-Roman conceptions, but acquired a wholly different sense in the Hebrew Bible and New Testament.

David Konstan is Professor of Classics at New York University, USA. Among his books are Friendship in the Classical World (1997), Pity Transformed (2001), The Emotions of the Ancient Greeks (2006), Before Forgiveness: The Origins of a Moral Idea (2010) and In the Orbit of Love: Affection in Ancient Greece and Rome (2018). He is a fellow of the American Academy of Arts and Sciences and an Honorary Fellow of the Australian Academy of the Humanities.