Words of Faith and Wisdom 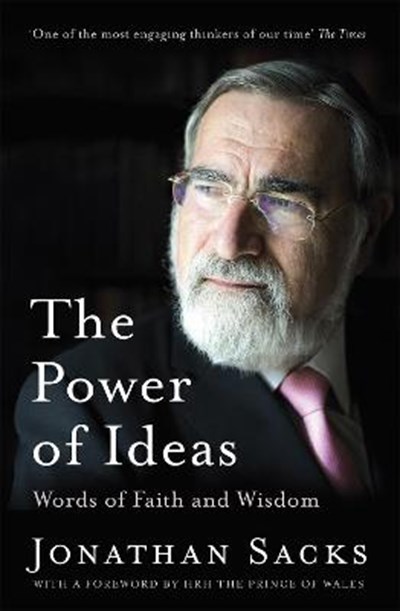 Words of Faith and Wisdom

QTY
Add to Basket
Publisher: Hodder & Stoughton
ISBN: 9781399800013
Number of Pages: 400
Published: 11/10/2021
Width: 16.2 cm
Height: 23.8 cm
Description Author Information Reviews
Britain's most authentically prophetic voice - The Daily Telegraph 'The choice with which humankind is faced is between the idea of power and the power of ideas.' From his appointment as Chief Rabbi in 1991, through to his death in November 2020, Rabbi Lord Jonathan Sacks made an incalculable contribution not just to the religious life of the Jewish community but to the national conversation - and increasingly to the global community - on issues of ethics and morality. Commemorating the first anniversary of his death, this volume brings together a compelling selection of Jonathan Sacks' BBC Radio Thought for the Day broadcasts, Credo columns from The Times, and a range of articles published in the world's most respected newspapers, along with his House of Lords speeches and keynote lectures. First heard and read in many different contexts, these pieces demonstrate with striking coherence the developing power of Sacks' ideas, on faith and philosophy alike. In each instance he brings to bear deep insights into the immediate situation at the time - and yet it as if we hear him speaking to us afresh, giving us new strength to face the challenges and complexities of today's world. These words of faith and wisdom shine as a beacon of enduring light in an increasingly conflicted cultural climate, and prove the timeless nature and continued relevance of Jonathan Sacks' thought and teachings. One of the great moral thinkers of our time - Robert D. Putnam, author of Bowling Alone

An international religious leader, philosopher, award-winning author and respected moral voice, Rabbi Lord Jonathan Sacks was awarded the prestigious Templeton Prize in 2016 in recognition of his work in affirming life's spiritual dimension. He was a frequent and respected contributor to radio, television and the press in Britain and around the world. Rabbi Sacks served as Chief Rabbi of the United Hebrew Congregations of the Commonwealth from 1991 until 2013 and has held a number of professorships at universities in Britain, the United States and Israel. He has authored over 30 books, including the Sunday Times bestseller Not in God's Name: Confronting Religious Violence, The Great Partnership: God, Science and the Search for Meaning, and The Dignity of Difference: How to Avoid the Clash of Civilisations. Lord Jonathan Sacks died in November 2020.